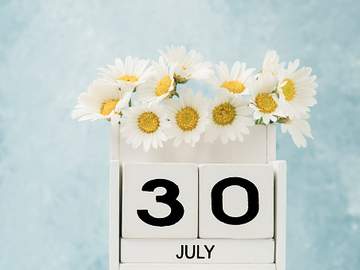 It's hot out there. Stay hydrated.

Whitewash was much in use this past week, as Capitol police officers gave testimony to a House committee about the insurrection of January 6th.

"Some people are trying to deny what happened — to whitewash it, to turn the insurrectionists into martyrs," Rep. Bennie Thompson (D-Miss.), chair of the panel, said in his opening statement.
— Nicholas Wu, Politico, 27 Jul. 2021

In its earliest verb sense whitewash had the meaning “to whiten with whitewash (a liquid composition for whitening a surface).” This sense has been in use since the late 16th century. Since that time the word has taken on a number of additional meanings, such as “to gloss over or cover up (something, such as a record of criminal behavior)” and “to exonerate (someone) by means of a perfunctory investigation or through biased presentation of data.” The most recent meanings whitewash has taken on pertain to race, referring to altering something in a way that favors, features, or caters to white people, such as “to portray (the past) in a way that increases the prominence, relevance, or impact of white people and minimizes or misrepresents that of nonwhite people” or “to alter (an original story) by casting a white performer in a role based on a nonwhite person or fictional character.”

After a very long time out of the spotlight Gilgamesh was once again in the news, after a clay tablet bearing part of his story was seized by the U.S. government.

A 3,500-year-old clay tablet purchased by the Hobby Lobby arts and crafts chain for $1.6 million has been forfeited to the United States. The tablet, which bears a portion of the epic of Gilgamesh, a Sumerian poem considered one of the world’s oldest works, originated in the area of modern-day Iraq and was illegally transported to the U.S. in 2003 and 2014.
— Sarah Whitten, CNBC, 27 Jul. 2021

Gilgamesh was the eponymous hero of the Gilgamesh Epic, an odyssey, written in Akkadian, in which this legendary king of ancient Mesopotamia embarked on a series of adventures, largely centered on his goal of achieving immortality.

Yips was referenced by many journalists last week, after its lesser-known cousin in the world of gymnastics, the twisties, was used in reference to Simone Biles and her decision to not sacrifice her own well-being for sports.

In gymnastics they call them “the twisties” — when the brain and body conspire in malign self-sabotage. Precise moves honed over years, to be as automatic as driving a car, suddenly become a torture and a danger even for a sporting phenomenon such as Simone Biles. In golf, the putting “yips” can feel debilitating, but no one gets hurt.
— Matt Dickinson, The Times (London, Eng.), 28 Jul. 2021

Yips is defined as “a state of nervous tension affecting an athlete in the performance of a crucial action.” While the yips may strike anyone, the term is particularly common in golf (much as twisties is in gymnastics). We do not yet enter twisties, as the word has insufficient currency as of yet (a situation that may well change as more and more people become familiar with it).

Bipartisan spiked in lookups last week, as the word often does whenever our Democratic and Republican lawmakers are seen as working in concert with each other.

We define bipartisan as “of, relating to, or involving members of two parties,” and note that the word is specifically used in cases marked by or involving cooperation, agreement, and compromise between two major political parties. The initial portion of the word, bi-, means “two”; the remainder, partisan, has been in English use for a long time (since the middle of the 15th century), and carries such meanings as “a firm adherent to a party, faction, cause, or person” (especially one exhibiting blind, prejudiced, and unreasoning allegiance) and “a member of a guerrilla band operating within enemy lines.”

(This is just a quick reminder that recrudescence, defined as “a new outbreak after a period of abatement or inactivity” is out there, in case you find you have need of a word to describe the undesirable return of anything. We’re sure something will come to mind.)

Our antedating of the week is agent provocateur, defined as “one employed to associate with suspected persons and by pretending sympathy with their aims to incite them to some incriminating action.” The word is borrowed directly from the French, in which is has the literal meaning of “provoking agent.” Our earliest record of use had previously come in 1845, but recent findings show that we have had agents provocateurs in our language since the early 1820s.

In short, this stranger, this agent provocateur, if you will, was alone regarded, and the three other witnesses and myself were all wrong. I hope the Chamber will examine in its wisdom the measures which it should take to preserve the inviolability of its Members.
— The Morning Post (London, Eng), 5 Mar. 1822