The words that defined the week ending July 2nd, 2021 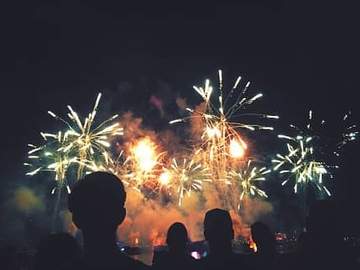 Have a happy and safe holiday weekend!

The endless scourge on the English language that is our inability to deal with change returned with a vengeance this week, as former president George W. Bush gave an interview in which he offered thoughts on the word literally.

George W. Bush is "on a campaign" to stop people from overusing the word "literally." The former U.S. president shared an impromptu vocabulary lesson by phone on TODAY Wednesday while talking to daughter Jenna Bush Hager and Hoda Kotb on the fourth hour.
"I think the word 'literally' is overused for several reasons. One, it's misunderstood. Two, it's become a convenient habit," Bush began, before pausing to ask Hoda if she misuses the word herself.
— Gina Vivinetto, Yahoo News, 30 Jun. 2021

As a reference work, we have no political affiliations or leanings. However, when anyone—former president or otherwise—complains about literally, we might suggest that the sense of literally so decried (meaning “in effect,” or “virtually”) may be found in the writings of some of our most celebrated authors (Brontë, Joyce, Twain), and has been in use for hundreds of years. He, and many others, may not like it, but correctness in English is not formed through executive order.

Peloton was prominently featured in many articles and headlines last week, after a woman wielding a sign with ill-considered placement caused a number of bicyclists to crash.

We define peloton as “the main body of riders in a bicycle race.” The word comes directly from French, in which it means “ball” (although in French it is most often used with the meaning “group”). Platoon (“a subdivision of a company-sized military unit normally consisting of two or more squads or sections”) is another word in English descended from the French peloton.

Delta spiked in lookups throughout the week, after a number of authorities commented on this variety of COVID-19.

U.S. Surgeon General Dr. Vivek Murthy told CNBC on Wednesday there is reason to be hopeful that people who received the single-shot Johnson & Johnson Covid-19 vaccine may be protected against the virus’ delta variant.
— Emily DeCiccion, CNBC, 30 Jun. 2021

Delta is the 4th letter of the Greek alphabet. The word also may mean “something shaped like a capital Greek delta,” it may be used as a code word for the letter d, or mean “ of, relating to, or characteristic of the The Delta region of Mississippi.”

Auf Wiedersehen spiked in lookups this week after an English soccer team defeated a German one, and a number of the fans of the former used the interjection.

What a second half!!

Used to express farewell, auf Wiedersehen is German, in which is has the literal meaning of “on seeing again.” The farewell has been in use in English since the middle of the 19th century.

The semi-final round of the Scripps National Spelling Bee was last Sunday, sending hordes of confused viewers to the dictionary in search of the increasingly obscure words being given to the contestants.
Morral - a fiber bag usually used as a food bag for horses
Phellem - a layer of usually suberized cells produced outwardly by a phellogen
Fascet - a tool (as a rod or wire basket) used in glass manufacturing to carry bottles to the annealing furnace
Pomaceous - of or relating to apples
Xylotomous - capable of boring or cutting wood —used of an insect
Vitelligenous - producing yolk
Cacodoxy - perverse teachings
Obley - a small flat cake or wafer
Lophophytosis - favus of fowls
Foveiform - like a fovea

Our antedating of the week is jailhouse lawyer, defined as “a prison inmate self-taught in the law who tries to gain release through legal maneuvers or who advises fellow inmates on their legal problems.” Our earliest known use had previously come in from 1969, but recent findings show that this word was in use as long ago as 1929.

But Joe is one of these jailhouse lawyers, the judge learned Friday. He sat around and looked up the law on his case and decided that the judge had been in error.
— Lancaster Daily Intelligencer Journal (Lancaster, PA), 23 Nov. 1929