It's and its. They're ubiquitous, and ubiquitously confused. 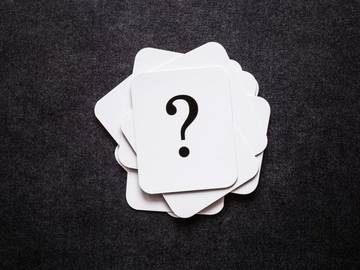 They're also hard to illustrate via stock photos.

In theory, the rule that distinguishes the two is simple: it's means it is or it has. The apostrophe signals that something has been removed:

Meanwhile, its means "of or relating to it or itself":

Let the medicine do its job.

The door shuts on its own.

But this rule wouldn't have worked a few centuries ago.

Long ago, English, like its Germanic parent language, had a gender for each noun—masculine, feminine, or neuter. A pronoun's gender was determined by the gender of the noun it referred to. Although English had the neuter pronoun it, the possessive pronoun for neuter nouns was his:

April with his sweet showers.

But when English began to link his and her only to actual males and females, his for objects seemed increasingly wrong, and it—with no s—began to be used:

April with it sweet showers.

Around 1600 it's began to be used—and it had an apostrophe, just like a possessive noun would:

April with it's sweet showers.

This apostrophe form of the possessive remained extremely common throughout the 17th century and was used by the likes of Thomas Jefferson and Jane Austen. The version without the apostrophe only became dominant in the 18th century—probably because it's was taking on a new role, replacing the contraction 'tis.

We of course still see the possessive it's: it's in dashed-off tweets and in flyers from local mattress stores—but also occasionally in serious publications. And the fact is, for nouns, 's serves both purposes just fine. In the cat's bowl it signals possession, and in the cat's sleeping it represents the contracted verb is.

Who knows if the current status will be the final story. But for now we recommend that you use it's only when you mean it is or it has, and drop that apostrophe everywhere else.

In summary:
The conventions regarding it's and its have changed a number of times over the past few hundred years, but we do currently have widely accepted forms: the possessive its does not use an apostrophe ('the river overflowed its banks') and it's, the contraction of "it is," does use one ('it's a shame about the mayor').