The Surprising History of 'Genial'

You'll look at it differently after reading this

At its most basic, genial is an agreeable little word meaning "cheerful and pleasant." It's easy to like genial people. We hope to encounter them in retail experiences; we like doctors and teachers we can describe as "genial"; we might even try to be genial folks ourselves.

But this word is more than its most common use. 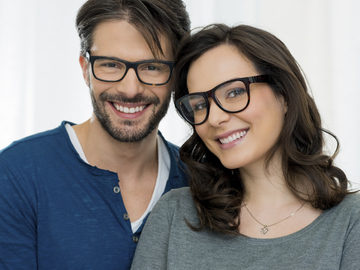 'Genial' originally meant "of or relating to marriage or generation." These days, it usually means "cheerful and pleasant."

It began life in the mid-1500s with a meaning that may have made our grandparents blush: "of or relating to marriage or generation," as in "the genial bed." And if the example doesn't make it clear enough, we'll point out that generation here has to do with the baby-making procreation kind of generation, not the group of people born and living during the same time period.

This original meaning is hardly surprising when we consider the word's Latin origin: it comes directly from genialis, which itself comes from Latin gignere, which means "to beget"—that is, to become the father of someone.

Between genialis and gignere etymologically, however, there's the Latin word genius, which is also the source of our word genius. Genius originally referred to one of the special spirits that the ancient Romans believed accompanied each person through life as a protector, but also referred in Latin to "natural inclinations."

That history is apparent in another meaning of genial. In the mid-1600s, the word developed the meaning "native, inborn," as in "a person's genial predispositions." And around the same time, another meaning, "favorable to growth or comfort," as in "genial sunshine" or "soil genial to the plant," also came into use.

The more common meaning of genius is apparent in another meaning of genial: "displaying or marked by genius." That meaning (which have been influenced by German, in which genial can have the same meaning) is now rare.

And none of the various meanings of genial is as common as the meaning of "marked by or diffusing sympathy or friendliness," as in "We were greeted by her genial assistant." That meaning developed in the mid-1700s.

There is another word genial—unrelated to the one we've been treating—that is likely known only to those with some connection to the medical field. It rhymes with denial, and it means "of or relating to the chin." Like the word chin itself, it traces back to the Greek word genys, meaning "jaw" or "cheek."

All of which goes to show you that you don't really know a word until you've seen everything your dictionary has to tell you about it.