The Shady Past of "Shoo-Ins"

How We Got from Cheating to Awards Season

Should a movie be called a shoo-in for an Academy Award, or is it a shoe-in? Neither looks quite right – until you know the history of the word. 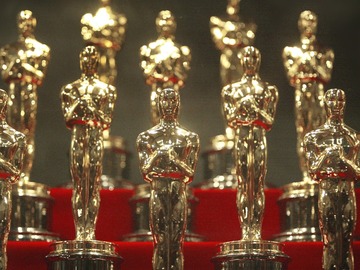 It's shoo-in, a noun used to refer to something that is a "certain and easy winner." This sense of shoo-in first appeared in the late 1930s, but it had life as a noun before that. From the 1920s onward, it was used in horseracing to refer to a rigged race, or a horse that was a "sure win."

This meaning of shoo-in comes from an earlier use of the verb shoo, which generally means "to scare, drive, or send (someone or something) away." At the turn of the 20th century, the verb shoo, followed by in, came to be used in horse racing to mean "to allow a racehorse to win easily." It was an extension of the idea of driving someone or something towards a place: kids playing outside could be shooed into the classroom by a busy teacher; a racehorse that's been rigged to win can be shooed into the Winner's Circle.

By now, the word has lost its connotations with cheating. So while we may think of shooing as a negative action, being a shoo-in is a good thing, whether you're a racehorse, Julianne Moore, or Birdman.