The Not-Very-Dangerous History of 'Liaison'

Liaison is of French provenance, tracing back to the Middle French word lier, meaning "to bind or tie."

We often encounter it in contexts where it refers to a person who helps organizations or groups communicate and work together, as in "She's a liaison between the school district and the city's public libraries," though it has other meanings as well. The word's most common uses in English relate metaphorically to the idea of binding or tying in having to do with communication (such as contact between groups, or what we might coyly and euphemistically call "illicit commerce"), but the original binding at work in liaison had to do with a somewhat more literal kind of binding. 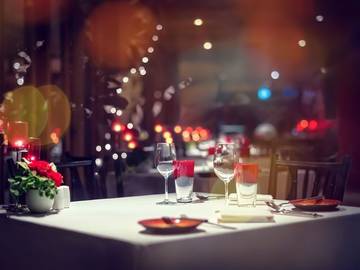 Although literal, this original binding also was unrelated to the kind done with laces and ropes. It had to do with food. The word liaison is still used this way: it means "a binding or thickening agent used in cooking":

Mussels a la Mariniere (Moules a la Marinières)
This preparation has a few variations: with or without white wine; with or without lemon; and with a different liaison. Only the shallot, a characteristic element of the "marinières," always remains.
— Cynthia Zarin, Gourmet, November 2005

In the culinary arts, liaison is word that broadly describes the process of thickening a sauce using starch (such as flour or cornstarch), egg yolks, fat, even foie gras or puréed vegetables. Most commonly, however, the word liaison refers to a mixture of egg yolks and heavy cream that is used to thicken a sauce.
— Danilo Alfaro, The Spruce (thespruce.com), 3 Oct. 2017

A thickening also insures a smooth texture and holds heavy ingredients (whether sieved or not) in suspension—without a liaison such ingredients as lentils would separate out from a soup and settle at the bottom.
— Joanna Morris (editor), The Encyclopedia of Cooking, 1985

And that is how the word liaison swept into the language in the mid-17th century: it clung to the spoons that stirred in our pots. Other meanings (and stirrings) eventually followed.