The Last Word on 'Finalize'

All good pet peeves must come to an end

There are some complaints that have shown remarkable longevity, such as those about ending a sentence with a preposition, or splitting infinitives. It's been fine to do either for hundreds of years now, despite the warnings that have persisted against them the entire time. The shelf life of most usage quibbles is considerably shorter than this, and may typically be measured in decades rather than centuries. For instance, we no longer get as exercised about the word finalize as we once did. 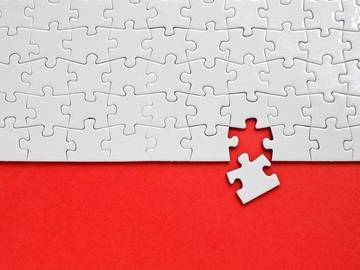 Sure, some among us probably still do.

These days all the cool kids (by ‘cool kids’ we mean ‘do we have to explain this to you again?’) are all complaining about literally, but in the middle of the 20th century finalize was the bête noire of the cognoscenti. It had several strikes against it: words ending in -ize were often looked at with suspicion, it was assumed (wrongly) by many that the word came from the world of business, and it had recently been popularized by politicians (particularly President Eisenhower).

While there were many who objected to the use of finalize, few were as scornful as The New York Times. On one heady day in 1961 the Grey Lady managed to sniff at both President Kennedy (who had recently used the word) and Merriam-Webster (who had recently defined the word).

Mr. President, are you sure you gave the old place a thorough housecleaning after you moved in? It seems that your predecessor left a few loose words behind that you may have inadvertently picked up. When you said yesterday, “We have not finalized any plans,” it sounded for all the world like a previous occupant who once said, as quoted in Webster’s Third (or Bolshevik) International: “Soon my conclusions will be finalized.” In any case, please be careful where you walk, because there may be some loose syntax lying about.
– The New York Times, 30 Nov. 1961

Why had the editors of Merriam-Webster’s Third New International Dictionary (published in 1961) decided to include finalize when august publications such as The New York Times disapproved of its use? Because dictionaries include words based on usage, rather than public opinion, and there was considerable evidence suggesting that finalize was in use in mid-century English.

The compilation of these reports from the various groups provided the finalized platform….
– The New York Times, 6 Mar. 1960

He is expected to preside over a meeting of the National Security Council Tuesday, at which an effort will be made to finalize the $41,000,000,000 defense provisions.
– The New York Times, 23 Nov. 1959

The committee told Kramer he would be welcome to return, but that arrangements finalized beforehand “must be strictly adhered to.”
– The New York Times, 29 Jan. 1958

Some will aver that the end was heralded by the razing in 1936 of the old hotel with its thirteen miles of hallways, and finalized by the demise after the recent war of the fabulous Stotesbury mansion….
– The New York Times, 29 Apr. 1957

L. A. Woodward, president of Mid-West, said financial plans had not yet been finalized pending completion of studies of combined operations.
– The New York Times, 7 Oct. 1954

A deposit? Well, that does make it rather uncomfortably close, finalizes the reservation, so to speak….
– The New York Times, 14 Jun. 1953

The immediate question is whether a meting (sic) of plenipotentiaries should be held with a view to finalizing the convention and signing it.
– The New York Times, 15 Aug. 1951

The following steps are now to be taken for the “finalization,” or actual creation of the defense force.
– The New York Times, 27 Sept. 1950

Supplementary expenses for the United Nations for the current year were approved yesterday without debate or ballot by the General Assembly at Flushing Meadow in a formal action finalizing the 1949 cost….
– The New York Times, 10 Dec. 1949

The remainder, much of it of no commercial value, is being prepared for contract finalization or withdrawl by owning agencies.
– The New York Times, 30 Oct. 1948

This is being demonstrated in the workshops of automobile stylists throughout the industry right now; the 1949 models have been virtually finalized for all manufacturers….
– The New York Times, 21 Dec. 1947

Some might accuse us of being petty for waiting 57 years to respond to the jab in The New York Times about us defining finalize by pointing out that this newspaper used the word (or, even worse, the noun form finalization) every year for the 14 years before this definition had been published. They would be correct; it is indeed petty. It is also thorough, and if there are any two words that define lexicographers they are “petty” and “thorough” (and not, as is commonly supposed, “garrulous” and “affable”).

The blame for introducing finalize into our language has shifted a few times. Eisenhower is often credited with popularizing it, although no one thought he invented the word. Some thought it came from the poorly-lettered realm of U.S. finance in the beginning of the 20th century. Others pointed out that it was in use in Australia and New Zealand in the 19th century. We will likely never know who used the word for the first time, but we do now know that it came into use well before any of these groups or people above used it, with evidence dating to the late 18th century.

There will indeed remain no other Method of putting an End to the Sufferings of the Unfortunate; for that most general one, arising from Acts of Insolvency, will be very seldom administered, if this Bill in Question is established; and this Bill, at least, as it now stands, will perpetrate, not finalize, the Pangs of Adversity.
— The Public Advertiser (London, Eng.) 24 Apr. 1780

The word was not commonly found for the rest of the 18th century, but around the middle of the 19th it begins to show increased signs of use.

I again would ask, is Chief Baron Woulfe’s bill for facilitating and finalizing registration?
— The Freeman’s Journal (Dublin, Ir.), 18 Jun. 1839

Who would have supposed, after all these professions, that one of the pacificators, a Southern man, would be the very first to revive that agitation, in a ridiculous attempt to settle measures which he had declared already settled, and finalize a “finality?”
— The Semi-Weekly Standard (Raleigh, NC), 8 May 1852

The abolition of the double Government, or even the change of having both to meet under one roof, with the power of each department finalising and carrying out its own meanures, would of themselves extinguish such a world of delay and confusion, that it might almost suffice for one great instalment of reform.
— The Morning Chronicle (London, Eng.), 29 Dec. 1857

There may well still be some people for whom finalized causes discomfort; linguistic peeves fade away over time, and not all at once. But the word has, for the most part, become thoroughly accepted into our language, and you may use it without fear that it is unduly colloquial or informal.