The History of 'Third Rail'

From the subway to politics

Everyone knows the third rail is something to avoid:

Getting between motorists and their cars has become the new third rail of California politics
— headline, The Los Angeles Times, 10 Oct. 2017

To get the funds, governors would be forced to take on the political third rail of drafting, passing and enacting health insurance legislation that would change coverage for millions of people.
— Anna Maria Barry-Jester, FiveThirtyEight, 20 Sept. 2017 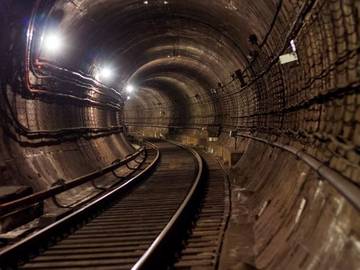 As these examples demonstrate, the term third rail refers to a controversial issue that is usually avoided by politicians.

While politicians steer clear of a third rail out of fear that it'll damage their chances of reelection, there's an even better reason to steer clear of the original third rail: danger of electrocution.

The literal third rail makes for a powerful metaphor, and the term has been applied over the years to more than just controversial issues avoided by politicians. It's referred to strong whiskey (which packs a jolt) and to incorruptible officials (they can't be touched) and to restaurant tabs (shocking for whoever winds up paying). But none of these have had the staying power of the avoided issue, which remains the only fully established metaphorical use of the term.

That's as far as we can comment on said subject at this time.