Spare us your laundry list of reasons you're too busy to read it.

This article isn't one of those laundry lists of words you can use to impress your friends at cocktails parties. Nope, this thing is about the laundry list itself.

Well, not really. It's about the term laundry list. But, if you have the right friends, it should prove equally as impressive. 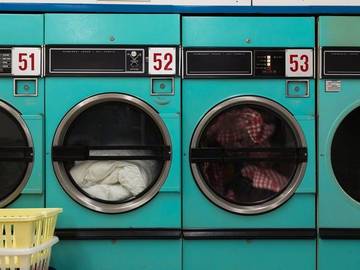 You've got about a half hour or so to kill anyway.

A laundry list is "a usually long list of items," and it's used to refer to lists of varying kinds:

Indeed, ask any bartender about the most memorable first dates they’ve witnessed, and you’ll get a laundry list of cringe-worthy encounters. They’ve seen women spring from barstools mid-date and storm out. They’ve watched as men get up to go to the bathroom and never return.
— Dugan Arnett, The Boston Globe, 25 Mar. 2018

In the first three essays of her new book, one is hard put to find much analysis at all; these essays purport to examine various themes—all having to do with the past, of course—in contemporary British fiction, but they read like laundry lists, stacking up example after example without much of a governing scope.
— Ruth Franklin, The New Republic, 23 Apr. 2001

Even more disturbing, some broths contain scant vegetable matter in any form, depending heavily on salts and sugars to stimulate the taste buds and a laundry list of enhancers known as "flavor potentiators."
— Lisa McManus, Cook's Illustrated, May & June 2008

The term isn't new. In our most recent research we found this ol' gem:

"Girl Should Make Laundry List of Marriage Factors, Then Proceed to Pick Man,"
— headline, The Illinois State Journal, 9 May 1938

What we don't typically see, however, are laundry lists of actual laundry, because despite the fact that doing laundry can be one of the more mundane challenges of modern life, we don't typically have to write anything down to get it done.

This was not always the case.

The 19th century saw more than 2,000 U.S. patents for washing machines filed, and with the rise of laundry machines, came also the rise of commercial laundry services, which made it possible for people to benefit from the technology without making the financial investment in the machine itself. These newfangled businesses would take your mentionables and unmentionables, and get them spanking clean again.

When you took your laundry to a commercial laundry establishment, though, you had to make a record of what you'd sent; this ensured both that you got back what you'd sent, and that you paid for what got washed. And that is where the laundry list comes in.

By the 1860s, some enterprising souls had seen fit to create laundry lists that itemized all the varieties of potentially dirty articles with a place for the user to enter the tally for each item. These were a hit:

Mr. W. M. Wallace has got up a very neat and convenient card for laundry lists, which on examination will at once strike one as useful as well as novel. The different articles of clothing sent to the wash are by an ingenious arrangement numbered each under its separate head, without the bother of writing or making figures. There are separate lists for ladies, gentlemen, and families, and every ordinary article of clothing that requires washing has its separate place, from one piece up to twelve. We are confident that on trial it will be found of indispensable use in every household, and a valuable source of economy.
— The Pacific Commercial Advertiser (Honolulu, Hawaii), 4 Mar. 1871

Writer Ed Quillen described the much later use of laundry lists from the other side of the commercial arrangement in the Denver Post in 2008, describing how as a teenager he worked at his family's laundry, where his job was to mark and sort the items that had been sent to the laundry for cleaning:

The marking was to make sure the laundry got back to the right people, and the sorting was to make sure the right stuff got cleaned together in the big washing machines. Clothing dyes are much more color-fast now than they were then, and modern synthetic fabrics are much less fussy about water temperature than traditional cotton, linen and wool. So I had to learn many distinctions as I marked and sorted the clothes, sheets, towels, etc. Also, I had to record them on the “laundry list”—a printed form that you filled out with the laundry mark and the quantity next to the appropriate category on the laundry list. The laundry industry has never been noted as a bastion of progress, and the Crystal White laundry list had archaic terms that mystified me. For instance, what’s a “chemise”? As a 14-year-old boy, I didn’t read bodice rippers, so I had to learn.

Laundry lists were for many a common feature of everyday life, which made them ripe for metaphorical extension. And extend they did, into a time in which the metaphor lives on while the literal version has faded from the public consciousness, smudges and dirt and all.