A Stroll Down the History of 'Boulevard'

From fortification to four lanes

Whether the word boulevard evokes for you a lovely wide street with trees planted along the sides and down the center, or the gravelly sound of Lou Reed singing about a significantly less picturesque way, it's likely that it does not evoke for any modern users an image of what it originally referred to. 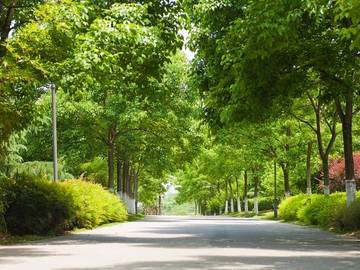 Going out to the beautiful, tree-lined boulevard.

To see that, we'll venture back to 14th-century Paris. Yet another wall to protect the city is being built, this time at the command of Charles V and along the northern limits of the city. With all these walls, the French call the flat part along the top a boulevard. They'd borrowed the word from their neighbors in the Netherlands: it's from a Middle Dutch word bolwerc, itself a compound of bolle, meaning "tree trunk," and werk, meaning "work, structure.” (It’s probably an allusion to the use of wooden planks as supporting elements in fortifications. This same Dutch word, by the way, provided English with bulwark, which refers, among other things, literally to a wall built for protection and figuratively to something that supports or protects like any good wall does.)

Jump ahead two centuries and, my, how things have changed: it's 1675, and life is going swimmingly for the French and not so swimmingly for those who find themselves at war with the French. Louis XIV decides those walls aren't so necessary anymore. He has the one from Charles V razed and, since the wall is a favorite place among city residents for strolling, he has it replaced by a wide tree-lined promenade. It’s lovely and contrasts nicely with the city's narrow streets, and the French think it’s a swell new feature but feel no need to give it a new word. They call that pretty promenade a boulevard too—and then apply the word to other similar avenues going forward, including 19th-century ones created by demolishing existing buildings that had nothing to do with warding off invaders.

English speakers must've liked the sound of the word. They embraced it, especially in the U.S. where it now refers to busy commercial thoroughfares, wide windy roads, and even highways.