The Hirsute History of 'Horror'

This history will make your hair stand on end

Horror, today meaning “a very strong sense of fear or dread” has its origins in a Latin verb meaning “to bristle” in that horror originally referred to the state of hair standing on end, often due to fear. Today, horror isn’t associated with hair, and an etymologically related word, hirsute, has filled the gap.

A horror film may make your hair stand on end, but, in an unusually perfect example of etymological symmetry, the idea of hair standing on end is literally the origin of the word horror.

Once you pass all those rules, you're granted access to the McKamey Manor which the website says it "is an audience participation event in which (YOU) will live your own Horror Movie." Each tour is different and is based on the attendee's personal fears and could last up to 10 hours. The waiver process alone is three to four hours, according to the website.
— Natalie Dreier, The Atlanta Journal-Constitution, 23 Oct. 2019 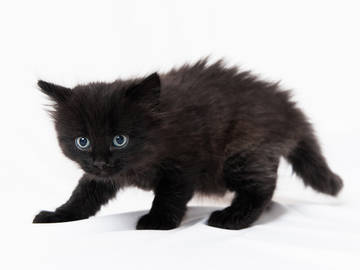 'Horror' comes from a Latin verb meaning "to bristle" or "to shudder"—the idea being that a horrified person's hair stands on end.

Horror came into English through the French spoken in Britain in the 13th and 14th centuries, and ultimately comes from Latin. Like valor, color, honor, and humor, it’s spelled the same way in English as it is in Latin (these words were re-Latinized in modern American English from a variety of French and Middle English spellings). Horror derives from the verb horrēre, which had several meanings:

to stand up, to bristle

to have a rough, unkempt appearance

to shudder, to shiver (with cold)

to tremble (with fear)

The “bristle” sense became the basis for the original meaning of the Latin noun horror: “the action or quality (in hair) of rising or standing stiffly, bristling” (according to the Oxford Latin Dictionary). Bristling from cold or fear—shuddering or shivering—led to the development of the meaning “a quality or condition inspiring horror” or “a thing which brings terror.” The symptom became the cause.

The “shuddering” or “shivering” senses of horror were in use into the 20th century. In the 1934 Webster’s Second Unabridged, a medical sense of horror was defined as:

A shaking, shivering, or shuddering, as in the cold fit which precedes a fever; in old medical writings, a chill of less severity than a rigor, and more marked than an algor.

And the 1961 edition, Webster’s Third Unabridged, added a specific sense for the plural form horrors as a synonym of delirium tremens: “a violent delirium with tremors.”

The physical appearance of hair standing on end led to the other intermediate meaning between “bristling” and “bringing terror”: “roughness of appearance.” This became an early meaning of horror in English, a meaning shared with another descendant of horrēre, horrid, which originally meant “rough” or “bristling,” meanings that are now archaic. It was used with this meaning in Richard Burton’s The Anatomy of Melancholy, from 1621:

And therefore Seneca adviseth his friend Lucilius, “in his attire and gesture, outward actions, especially to avoid all such things as are more notable in themselves: as a rugged attire, hirsute head, horrid beard, contempt of money, coarse lodging, and whatsoever leads to fame that opposite way.”

Both horrendous and horrific, like horrid, came into English in the 16th and 17th centuries, by which time horror had come to principally mean “a very strong feeling of fear, dread, or shock” and mostly drifted away from any hairy, bristly, or shivering notions. Perhaps to fill this lexical gap, another related word was borrowed from Latin at this time: hirsūtus, meaning “hairy” and “bristly,” and became hirsute in English. The fact that horrēre meant “to bristle” and hirsūtus meant “covered with bristles” is most likely not a coincidence, since they probably come from the same Indo-European root, a verb meaning “to be stiff, to bristle,” though no written record goes back that far.

All of which is to say that, the next time you tremble with fear, there’s an etymological reason that you’re in a hairy situation.