The words that defined the week of January 4th, 2019 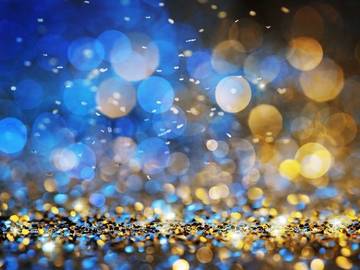 Here's to all the words this new year will bring into the spotlight.

A new, interactive episode of the British science-fiction series Black Mirror was released on Netflix, causing a sharp uptick in searches for the name of a monster invented by a 19th century mathematician. The episode was titled Bandersnatch, taken from a word in the 1872 work by Lewis Carroll (the pen name of Charles Lutwidge Dodgson), Through the Looking Glass.

“Black Mirror: Bandersnatch,” the new “Black Mirror” choose your own adventure-style or interactive fiction game episode has been the subject of many articles in the past week. It took social media by storm with both the gaming community and TV fans exchanging thoughts and theories, sparking the hunt for all possible pathways and endings, including wild claims of over one trillion pathways surfacing.
— Jennifer Scheurle, Variety (variety.com), 2 Jan. 2019

Bandersnatch originated as a name for a fantastical animal, but has come to be used in a broader sense, and we define the word as “a wildly grotesque or bizarre individual.”

Op-ed was one of our most searched for entries this week, after incoming senator Mitt Romney wrote one for The Washington Post in which he expressed doubts as to the extent of Donald Trump’s moral probity.

President Donald Trump fired back at Mitt Romney after the Republican senator-elect penned an op-ed saying Trump "has not risen to the mantle of the office.”
— Veronica Stracqualursi, CNN (cnn.com), 2 Jan. 2019

We define op-ed as “a page of special features usually opposite the editorial page of a newspaper; also, a feature on such a page.” The word is a shortening of opposite editorial. Some have held that the op of op-ed actually comes from opinion, rather than opposite. Our records indicate that this is unlikely. The word has been in use since the early 20th century.

Op-Ed Page — The Post today adds the column of Mark Sullivan, who soon will be joined by Dorothy Thompson and Walter Lippman. Turn to Page 9.
— The Washington Post, 14 Jun. 1938

Public domain was on the minds of many at the beginning of the new year, as January 1st was the day on which some 50,000 movies, books, and songs entered this state.

Tuesday didn't just mark the start of the new year; it was also the first so-called Public Domain Day in more than two decades, meaning that several works of literature from 1923 are now free from copyright for anyone who wants to use them.
— Michael Schaub, Los Angeles Times, 3 Jan. 2019

We offer two definitions for public domain: “land owned directly by the government,” and “the realm embracing property rights that belong to the community at large, are unprotected by copyright or patent, and are subject to appropriation by anyone.” The first of these definitions is in this case inapplicable.

Elizabeth Warren, senator from Massachusetts, announced this week her possible intention of forming a committee to explore running for president in 2020. A flurry of news stories on this topic contained questions about her likability, prompting numerous rejoinders which pointed out that male politicians rarely are subject to similar scrutiny.

“Likability” is a lazy way to talk about elections, and how comfortable a candidate is on a late-night talk show is no indication of what they'll do if they win an election.
— Luke Darby, GQ (gq.com), 2 Jan. 2019

Likability (“having qualities that bring about a favorable regard”) has been in use since the early 19th century. Several of the earliest instances of it being applied to politicians are about William Taft, the 27th president of the United States; most seem to have regarded him as quite likable.

Whatever his political enemies say and think of Mr. Taft, they unite in praising the likability of his character.
—The Atlanta Constitution, 20 Jun. 1911

Antedating of the Week: Gynecocracy

Our antedating for the week is concerned with women and politics; specifically the political power of women. The word gynecocracy is defined as “political supremacy of women.” On January 3rd representatives for the 116th Congress of the United States were sworn in. The House of Representatives now contains more than 100 women, the highest number this political body has ever had. This is, we realize, a far cry from “political supremacy,” but given that there is no word in English for “having achieved slightly under a quarter of the members of one branch of government,” we are opting for gynecocracy. Our earliest record for this word had previously come in 1612, but recent findings show that it was in use as far back as 1600.

Of a Gynaecracie, or womens raigne.
— William Vaughan, The golden-grove moralized in three bookes, 1600