The words that defined the week of December 7th, 2018 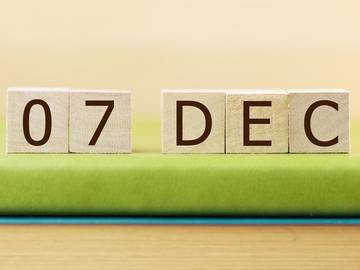 Winter is on its way.

The death of George H.W. Bush, 41st president of the United States, drew attention to a number of words, including Godspeed, noblesse oblige, and scion. A reading at his funeral drew further attention to the title of the man giving it, the Very Reverend Randolph Marshall Hollerith.

Very Reverend is defined as "a title for various ecclesiastical officials (such as cathedral deans and canons, rectors of Roman Catholic colleges and seminaries, and superiors of some religious houses)." Most Reverend and Right Reverend are also ecclesiastical titles, although depending on the denomination and country in which applied may refer to different ranks. If you are unsure whether your reverend is most, right, or very the best course of action is to ask them.

Individual was also very much in the news this week, after court filings in the investigation by special counsel Robert Mueller indicated that President Trump was identified by this legalistic sobriquet.

In two major developments this week, President Trump has been labeled in the parlance of criminal investigations as a major subject of interest, complete with an opaque legal code name: “Individual 1.”
— Carol D. Leonnig & Josh Dawsey, The Washington Post, 29 Nov. 2018

Individual comes from the Latin individuus ("indivisible"), and shares a root (dividere, "to divide") with several other words in English, including divide, divisive, and dividend. Both the adjective and noun forms of individual date in use to the 15th century.

In other news related to Mueller's investigation, Rudy Giuliani sent many users to the dictionary to look up bubkes, after he used the word in reference to court proceedings related to Michael Flynn.

Rudy Giuliani to @NBCNews re: the Flynn/Mueller latest: "There's a Yiddish word that fits," he said. "They don't have bubkes." He downplayed any concern about what Flynn may've said: "If he had information to share with Mueller that hurt the president, you would know it by now.” https://t.co/w7C6LxH97B

Bubkes comes from Yiddish (it is thought to be a shortening of kozebubkes, which literally means "goat droppings"), and as is often the case with words taken from this language, has a number of variant spellings. We enter bubkes, bupkus, and bupkes, although other forms (such as bupkis) are occasionally found.

Our antedating of the week is undocumented, which may be defined as either "not supported by documentary evidence" or "lacking documents required for legal immigration or residence." The former sense is the earlier one, and previously our earliest record of such use was from 1867. Recent findings indicate that the word has been in English for considerably longer, since at least 1723.

But not only is this Piece of History altogether undocumented, which notwithstanding is a Fault, the Man scarce deserves to have pardon'd him, who can so severely discipline others for the same Oversight, but has moreover such eminent Tokens of a forged Story.
— Robert Riccaltoun, A Sober Enquiry into the Grounds of the Present Differences in the Church of Scotland, 1723