The words that defined the week of December 14th, 2018 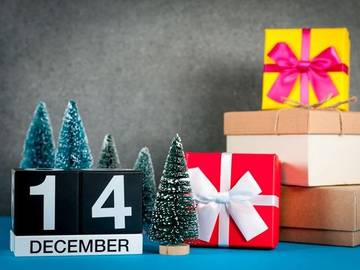 Seethe bubbled to the top of our lookups after it appeared in numerous media accounts, applied to President Trump's state following the conviction of his former lawyer.

That Cohen blasted his former boss's "dirty deeds" and repented for joining Trump's "dark side" likely won't cost the President any sleep after he repeatedly dismissed his former lawyer as a "weak person" and a liar, but Trump is seething over Cohen's conviction, a White House source told CNN's Jeff Zeleny.
— Z. Byron Wolf, CNN (cnn.com), 13 Dec. 2018

Seethe has a number of archaic meanings, such as "boil," and "to churn or foam as if boiling." The most common modern sense, which would appear to be the one most applicable to Trump's state, is “to suffer violent internal excitement.”

Idiot was also among our trending words this week; the word spiked in lookups after a congresswoman asked a Google executive why the word appeared to be linked with images of Donald Trump in search results.

In an effort to understand how Google search algorithms work, a Democratic congresswoman asked the tech company’s chief executive a simple question: “If you Google the word ‘idiot' under images, a picture of Donald Trump comes up. How would that happen? How does search work so that that would occur?”
— Colby Itkowitz, The Washington Post, 11 Dec. 2018

Idiot is widely used today to mean “a foolish or stupid person.” The word has an earlier meaning, now quite dated and considered offensive, which is “a person affected with extreme mental retardation.” Idiot came into English from the Latin idiota, meaning “ignorant person”; prior to Latin the word may be traced to the Greek idiōtēs (“one in a private station, layman, ignorant person”).

Tinkle made the news after Nancy Pelosi, soon-to-be Speaker of the House, used the word in colorful fashion, describing a somewhat tempestuous exchange which she and Senator Chuck Schumer had recently had with President Trump.

"I was trying to be the mom," Pelosi said, but "it goes to show you: you get into a tinkle contest with a skunk, you get tinkle all over you."

"It's like a manhood thing with him — as if manhood can be associated with him," she said. "This wall thing."https://t.co/7HbxlGXWay

It would appear that Pelosi was employing tinkle as a term for some secretion or bodily effluvia from the skunk, a sense which we do not define. We have a number of meanings for tinkle, as both noun and verb; the one which appears most applicable is the intransitive verb meaning "to urinate." The word may also mean "to make or emit a tinkle or a sound suggestive of a tinkle (a series of short high ringing or clinking sounds)."

Mantle also came up during the contretemps between the president and the Democratic leaders, as Trump announced that he would be willing to "take the mantle" in the event that a government shutdown occurred.

‘I am proud to shut down the government…I will take the mantle. I will be the one to shut it down.’ — President Trump. Remember these words. pic.twitter.com/AKv6yNm4PQ

Mantle has an initial meaning of “a loose sleeveless garment worn over other clothes,” which has been in use since the 13th century. More commonly found today (and the one used by Trump) is the sense that we define as "a figurative cloak symbolizing preeminence or authority.”

Mantle and mantel are often confused, and the words do have a degree of semantic overlap. Mantel most often refers to either the finish around, or a shelf above, a fireplace. Mantle may also be used to refer to this fireplace shelf, although it has a number of additional meanings as well. If you wish to refer to a fireplace adornment mantel is more common, and when indicating a cloak (either literal or figurative) the word you want is mantle.

Smorgasbord was a rarity among our notable words this past week, insofar as its increase in lookups was not directly connected to Donald Trump; it was caused by news relating to Trump’s former lawyer, Michael Cohen. The word was used by the judge responsible for sentencing Cohen, in reference to the crimes committed by him.

Before leveling his sentence, Judge William Pauley said “Cohen pled guilty to a veritable smorgasbord of fraudulent conduct" and “lost his moral compass,” adding that “as a lawyer, Mr. Cohen should have known better.” https://t.co/ECsOdV1bdV pic.twitter.com/1K735zU1G9

Smorgasbord came into English use in the late 18th century, borrowed from the Swedish smörgåsbord (which comes from smörgås, “open sandwich,” + bord, “table”).

After paying my respects to the “smorgasbord,” whose mystery I intend erewhile to explain, I got soup, found “biftek” consumed, but instead got potatoes and meat—A dish, also, whose name I know not, and finished with a due quantity of wild strawberries and cream.
— The Northern Echo (Darlington, Eng.), 5 Aug. 1873

The original meaning of smorgasbord (and one which is still very much in use) is “a luncheon or supper buffet offering a variety of foods and dishes (such as hors d'oeuvres, hot and cold meats, smoked and pickled fish, cheeses, salads, and relishes).” However, around the middle of the 20th century the word took on a decidedly figurative sense, defined as “an often large heterogeneous mixture; mélange."

And now, our Antedating of the Week!

For our antedating of the week we are looking at smocking, defined as "a decorative embroidery or shirring made by gathering cloth in regularly spaced round tucks." This word is not typically among our more high-profile entries, but it has been mistakenly used for smoking by President Trump twice this past year (in the beginning of August and earlier this week), and each time has attracted considerable attention. Our earliest known date of use had previously been 1888; recent findings show the word in use since at least 1836.