The words that defined the week of September 14th, 2018 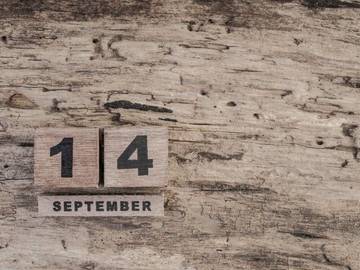 Politics continued to drive much of this past week’s interest in words, naturally.

President Trump created a spike in lookups for ruination this week when he applied the word in reference to possible economic policies with Canada.

President Donald Trump said Friday he could be the “ruination” of Canada if he imposed tariffs on automobile imports. “If I tax cars coming in from Canada, it would be devastating,” he said, according to a pool reporter accompanying Trump en route to North Dakota for a Republican fundraiser.
— Glenn Fleishman, Fortune (fortune.com), 7 Sept. 2018

Ruination is not, in most cases, markedly different from ruin. It is a considerably more recent word and is a bit narrower in meaning. Ruin has been in use since the 12th century, while ruination dates to the late 16th. The shorter word has a broad range of meanings, both figurative and literal; ruination is defined as “the act of ruining or the state of being ruined,” or “a cause of ruin, a destructive agent or factor.”

Eric Trump caused lookups, hackles, and eyebrows to rise when he used the word shekel in a figurative manner.

Shekel has a number of meanings, including “the basic monetary unit of Israel” and “any of various ancient units of weight; especially, a Hebrew unit equal to about 252 grains troy.” The word also has been used informally in plural form to mean “money” (particularly in the phrase “raking in the shekels”). There is also a long history of opprobriously and anti-Semitically commenting on the Jewish people and money, so if you are in the market for an informal way to refer to currency perhaps you would like to go with dough, cabbage, bread, chips, kale, jack, long green, or needful.

In addition to making a questionable choice of figurative monetary unit, the President’s son also used the word behest in a fashion that many people found unorthodox.

"It’ll mean you sell three extra books, you make three extra shekels, at the behest of the American people, at the behest of our country, that’s doing a phenomenal job by every quantifiable metric." The remark, which was not prompted by any discussion about Israel or Jews, swiftly elicited outrage on Twitter.
— Haaretz (haaretz.com), 13 Sept. 2018

While behest is frequently paired with the words “at the,” the meaning tends to be “an authoritative command” or “an urgent prompting,” rather than “at the expense of.”

Over a million people were evacuated last week as Hurricane Florence bore down on the East Coast of the United States, causing a small resurgence in one of our more useless language myths: buildings are evacuated, people are not. We offer a number of definitions for evacuate, among which is “to remove (someone) from a dangerous place.” We define the word this way because this is what it means. The word means this because millions of people, in many linguistic registers, have used it in this manner for more than a hundred years.

The idea that buildings (or cities) can be evacuated but people cannot appears to have come from a rigid application of the etymology of the word (the Latin evacuare, which means “to empty”). The ‘buildings can be evacuated but people cannot’ idea largely fell into disuse around the middle of the 20th century, but had a bit of a comeback after appearing in an episode of the television show The Wire. For a shorter, and more trenchant, response to the evacuate usage question we turn to John McIntyre, copy editor nonpareil of the Baltimore Sun.

If anyone tells you that people cannot be "evacuated," tell them to keep filling sandbags and leave you alone. https://t.co/L00cGv66yB

Bokeh spiked in lookups on September 12th, on the heels of Apple’s unveiling of new products.

We define bokeh as “the blurred quality or effect seen in the out-of-focus portion of a photograph taken with a narrow depth of field.” The word, which came into English from the Japanese boke (“blur, haziness”), is a fairly recent addition to our language, dating to the beginning of the 21st century.

For our antedating of the week we turn, as one so often does, to the Twitter account of the Secretary of State, Mike Pompeo. Last week Pompeo’s agency made waves with the choice to refer to itself as “The Department of Swagger.”

Shakespeare was the first to use "swagger." Gen. Patton had his swagger stick. At @statedept, we've got #swagger too. Follow me on Instagram at https://t.co/LNY8d8NgK8 for pics and videos with some @Statedept #swagger. pic.twitter.com/mpSZKfdHst

Swagger is usually defined as either “to conduct oneself in an arrogant or superciliously pompous manner; to walk with an air of overbearing self-confidence” or “to boast or brag.” The propriety of attaching such a word to the title of an ostensibly diplomatic department is above our pay grade; the question of whether Shakespeare was the first to use it, however, is not.

Shakespeare was not the first person to use swagger, although he did employ it in 1600 in A Midsummer Night’s Dream. And while our records until recently indicated an earliest citation from 1596, recent research shows that the word was in use waaaaaaaaay before then, at least as far back as 1594, when the redoubtable Thomas Nashe made it part of his The Terrors of the Night.

You that beare the name of souldiers, and live baselie swaggering in everie ale-house, having no other exhibition but from harlots and strumpets; seeke some newe trade, and leave whoring and quarrelling, least besides the nightly guilt of your owne banqurout consciences, Bridewell or Newgate proove the ende of your caveleering.
— Thomas Nashe, The Terrors of the Night, 1594