Welcome to The Good, The Bad, & The Semantically Imprecise, in which we look over some of the words that tickled your curiosity the past week. Please note that the word bad is used here in a semantically vague fashion; we do not really think of any of these words as bad (although sometimes they are a bit unruly). 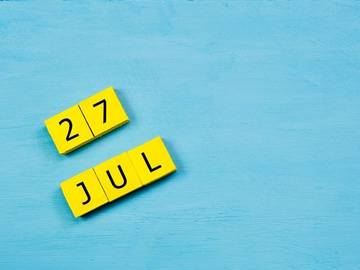 Stay til the end for our Antedating of the Week!

Sacha Baron Cohen's new show Who is America? aired its second episode last Sunday, and the resulting controversy seems to have caused journalists to break out their thesauri, in order that they might describe the show without using the same words as their colleagues. Among the words used to describe the subjects of the show were fooled, baited, duped, convinced, tricked, conned, and hoodwinked. No one appears to have been bamboozled or inveigled.

There are criticisms at Cohen for "baiting" locals.
— Alex Horton, The Washington Post, 25 Jul. 2018

In a shocking segment from Sunday night’s episode of his Showtime series, Who Is America?, Sacha Baron Cohen convinces Jason Spencer, a Georgia Republican state representative, to repeatedly shout the “n-word,” use an ethnic slur against Arabs and drop his pants to “intimidate ISIS.”
— Ryan Reed, Rolling Stone (rollingstone.com), 23 Jul. 2018

On Sunday's episode of the controversial new series ... 25-year-old Corinne Olympios was tricked into believing he was a rich Italian photographer who wanted her to get involved in a campaign for a fictional Ebola aid charity.
— Alison Millington, Insider (thisisinsider.com), 25 Jul. 2018

... good ol' buffoon Jason Spencer was hoodwinked by Sacha Baron Cohen on a cable TV show and became the butt — quite literally in fact — of every joke this side of the road-crossing chicken.
— Jay Greeson, Chatanooga Times Free Press (timesfreepress.com), 26 Jul. 2018

On Sunday night’s episode of Who Is America?, Sacha Baron Cohen conned controversial Bachelor alum Corinne Olympios into claiming she was on the ground in Sierra Leone during the height of the Ebola crisis...
— Michele Corriston, People (people.com), 23 Jul. 2018

Tariff continued to occupy the category of 'economic term looked up more often than one might imagine,' as the Trump administration's economic policies continued to keep attention on the word.

Now, Mr. Trump, in hashing out an agreement on Wednesday with president of the European Commission, Jean-Claude Juncker, is declaring victory. He said the two countries would work to lower tariffs and other trade barriers.
— Ana Swanson and Jack Ewing, The New York Times, 26 Jul. 2018

Tariff came into English at the end of the 16th century, borrowed from the Italian tariffa, which itself came from the Arabic word taʽrīf, meaning "notification."

A good deal of attention was focused on the word outercourse ("sexual activity of non-penetrative varieties") after the word was introduced in court by an attorney who was seeking to have his client's sexual assault conviction overturned.

An attorney for Brock Turner, the former Stanford University swimmer convicted of sexually assaulting an unconscious woman in 2016, launched a bid to overturn his client’s convictions before a panel of skeptical appellate judges Tuesday, arguing that Turner never intended to have sexual intercourse with the woman. He just wanted “outercourse,” attorney Eric S. Multhaup told the court in a brief and in oral arguments.
— Meagan Flynn, The Washington Post, 26 Jul. 2018

The word, which is patterned after intercourse, is quite recent. Our records indicate that it was initially used in academic writing on the subject of female sexuality in the 1970s. In the following decade outercourse began to be applied in writing or discussions about teenage sexual practices, and in relation to safety measures recommended to prevent the spread of HIV.

Intercourse with "outercourse"
— Anna Geyer Heinrich, The Effect of Group and Self-Directed Behavioral-Educational Treatment of Primary Orgasmic Dysfunction in Females Treated Without Their Partner (PhD diss.), 1976

Our antedating for the week is the word hypocritical, if for no other reason than this word is something we are all, unfortunately, familiar with. Until recently our earliest evidence of this word, defined as "characterized by behavior that contradicts what one claims to believe or feel," was from 1553. However, recent findings show that we've been hypocritical for slightly longer than that, with a citation from Philip Melanchthon's 1536 work The Confessyon of the Fayth of the Germaynes.

Furthermore they fayne, that amonge them, whiche observe that lawe of Christ, religious men more nearely observe it, than other men, because of theyr hypocriticall and cloked povertie, chastitie, and obedience, whan all that ever they do or say, is full of simulation.
— Philipp Melanchthon, The Confessyon of the Fayth of the Germaynes, 1536