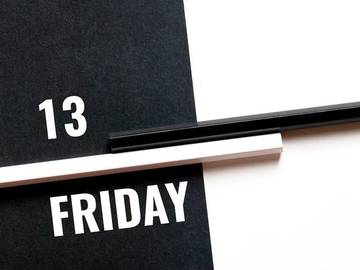 Stick around til the end for a fun story.

Jesuit received a considerable amount of attention this week, following media coverage about Supreme Court nominee Brett Kavanaugh, who attended a Jesuit high school. The initial, and by far the most commonly used, sense of Jesuit is “a member of the Roman Catholic Society of Jesus founded by St. Ignatius Loyola in 1534 and devoted to missionary and educational work.” This sense has been in use since the middle of the 16th century.

We also provide a second definition for this word, which began to be used in the 17th century, “one given to intrigue or equivocation.” We mention this secondary sense in order to give some additional information about a word that appears to be of interest to some significant portion of our readers, and not because of political or religious convictions; please do not accuse of us throwing shade.

Kavanaugh’s nomination also prompted a spike in lookups for the acronym SCOTUS (“Supreme Court of the United States”). The earliest known use of SCOTUS comes from a 1879 code book for sending abbreviated telegraph messages. In addition to learning how to abbreviate the name of our nation’s highest court readers of this work were also informed that tergiversation could be shortened to Tergvstn, and that Thug should be used to mean “offered the following resolution.”

Self-made (“made such by one's own actions; especially: having achieved success or prominence by one's own efforts”) had a busy week, after Forbes referred to Kylie Jenner as a “self-made billionaire” on its cover. The word has been used in English since the middle of the 16th century. We have been using it as a fixed phrase in conjunction with man since the early 19th century, and the term self-made woman begins shortly after that.

Mrs Sarah Hall was a self-made woman, and in the good taste and good sense as well as intelligence, discovered in the selections from her writings, we have ample and very pleasing proofs that her midnight efforts to cultivate and furnish her mind were accompanied with gratifying success.
— The Visitor and Telegraph (Richmond, VA), 10 May 1833

A number of readers took to Twitter and created a polite and well-ordered pitchfork mob of descriptivist bent, taking pains to inform us that our pronunciation for pubes was in error.

@MerriamWebster As a faithful user of the English language, I DEMAND that you right this unconscionable historical wrong. 👆

The (quite logical) consternation came from the fact that in our entry for pubes the word has two syllables and rhymes with boobies. Is this a cosmopolitan and educated way of pronouncing the word? Has Merriam-Webster abandoned its commitment to faithfully record the language of the people as it is used? Does anyone outside the medical profession ever use two syllables when referring to pubes? Rest assured, dear reader, the answer to the above questions is assuredly ‘no.’ There is a perfectly reasonable, albeit mildly confusing, explanation for all this.