An excerpt from 'Dreyer's English' by Benjamin Dreyer

The following is an excerpt from Dreyer's English: An Utterly Correct Guide to Clarity and Style by Random House copy chief Benjamin Dreyer: 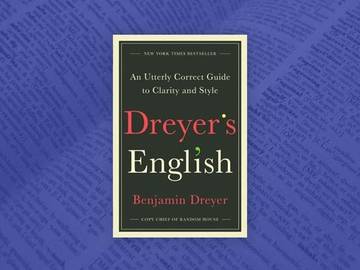 No, do begin a sentence with “And” or “But,” if it strikes your fancy to do so. Great writers do it all the time. As do even not necessarily great writers, like the person who has, so far in this book, done it a few times and intends to do it a lot more.

But soft, as they used to say, here comes a caveat:

An “And” or a “But” (or a “For” or an “Or” or a “However” or a “Because,” to cite four other sentence starters one is often warned against) is not always the strongest beginning for a sentence, and making a relentless habit of using any of them palls quickly. You may find that you don’t need that “And” at all. You may find that your “And” or “But” sentence might easily attach to its predecessor sentence with either a comma or a semicolon. Take a good look, and give it a good think.*

*As a copy editor, I’m always on my guard for monotonous repetition, whether it’s of a pet word—all writers have pet words—or a pet sentence construction. Two sentences in a single paragraph beginning with the same introductory term, especially “But,” are usually one sentence too many.

Let’s test an example or two.

Francie, of course, became an outsider shunned by all because of her stench. But she had become accustomed to being lonely.

Francie, of course, became an outsider shunned by all because of her stench, but she had become accustomed to being lonely.

Which do you think Betty Smith, the author of A Tree Grows in Brooklyn, chose? The former, as it happens. Had I been Smith’s copy editor, I might well have suggested the second, to make one coherent, connected thought out of two unnecessarily separated ones. Perhaps she’d have agreed, or perhaps she’d have preferred the text as she’d written it, hearing it in her head as a solemn knell. Authors do often prefer their text the way they’ve written it.†

†It’s not, I admit, entirely fair of me to present two isolated sentences and make a ruling about them. In copyediting, one is listening to the text not sentence by sentence but paragraph by paragraph and page by page, for a larger sense of sweep and rhythm.

Here’s another, in two flavors:

In the hospital he should be safe, for Major Callendar would protect him, but the Major had not come, and now things were worse than ever.

In the hospital he should be safe, for Major Callendar would protect him. But the Major had not come, and now things were worse than ever.

This is E. M. Forster, in A Passage to India, and I suspect you’ll not be surprised to learn that version 2 is his. For one thing, version 1’s a bit long. More important, version 2, with that definitive period, more effectively conveys, I’d say, the sense of dashed expectations, the reversal of fortune.

These are the choices that writers make, and that copy editors observe, and this is how you build a book.

One thing to add: Writers who are not so adept at linking their sentences habitually toss in a “But” or a “However” to create the illusion that a second thought contradicts a first thought when it doesn’t do any such thing. It doesn’t work, and I’m on to you.

To cite the most famous split infinitive of our era—and every- one cites this bit from the original Star Trek TV series, so zero points to me for originality—“To boldly go where no man has gone before.”*

*Latterly and laudably rewritten to “To boldly go where no one has gone before.” Relatedly, on some not too distant page I’ll touch briefly on the mess of sexism and poor prose construction that is the plaque we humans left on the Moon back in 1969.

There’s much more—much more—one could say on the subject, but I don’t want to write about the nineteenth-century textual critic Henry Alford any more than you want to read about the nineteenth-century textual critic Henry Alford, so let’s leave it at this: A split infinitive, as we generally understand the term, is a “to [verb]” construction with an adverb stuck in the middle of it. In the Star Trek example, then, an unsplit infinitive version would be “Boldly to go where no man has gone before” or “To go boldly where no man has gone before.” If either of those sounds better to you, be my guest. To me they sound as if they were translated from the Vulcan.

Otherwise, let’s skip right to Raymond Chandler. Again, as with the Star Trek phrase, everyone loves to cite Chandler on this subject, but it’s for a God damn [sic] good reason. Chandler sent this note to the editor of The Atlantic Monthly in response to the copyediting of an article he’d written:

By the way, would you convey my compliments to the purist who reads your proofs and tell him or her that I write in a sort of broken-down patois which is something like the way a Swiss waiter talks, and that when I split an infinitive, God damn it, I split it so it will stay split.

3. Never End a Sentence with a Preposition.

“This is the kind of arrant pedantry up with which I will not put.”

Let me say this about this: Ending a sentence with a preposition (as, at, by, for, from, of, etc.*) isn’t always such a hot idea, mostly because a sentence should, when it can, aim for a powerful finale and not simply dribble off like an old man’s unhappy micturition. A sentence that meanders its way to a prepositional finish is often, I find, weaker than it ought to or could be.

What did you do that for?

Why did you do that?

has some snap to it.

But to tie a sentence into a strangling knot to avoid a prepositional conclusion is unhelpful and unnatural, and it’s something no good writer should attempt and no eager reader should have to contend with.

*Were you taught not to use “etc.” and to either spell it out as “et cetera” or to use “and so on” or something in that vein? So was I. Oh well.

Two women are seated side by side at a posh dinner party, one a matron of the sort played in the old Marx Brothers movies by Margaret Dumont, except frostier, the other an easygoing southern gal, let’s say, for the sake of the visuals, wearing a very pink and very ruffled evening gown.

Southern Gal, amiably, to Frosty Matron: So where y’all from?

Frosty Matron, no doubt giving Southern Gal a once-over through a lorgnette: I’m from a place where people don’t end their sentences with prepositions.

Southern Gal, sweetly, after a moment’s consideration: OK. So where y’all from, bitch?