A tenet is "a principle or belief generally held to be true. Organizations from religions to fields of study can have guiding "tenets" that hold them together as a group. It is sometimes confused with tenant which refers to the occupier or a land or building. Remember that "tenant" and "occupant" both end in "ant."

What is a Tenet?

The noun tenet is defined as “a principle, belief, or doctrine generally held to be true; especially : one held in common by members of an organization, movement, or profession.” 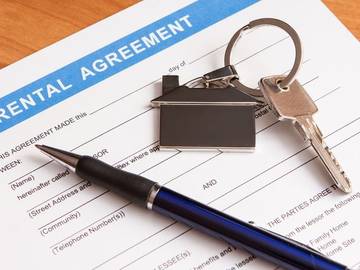 Should you ever find yourself in doubt, remember 'tenant' ends the same way as 'occupant.'

It's a basic tenet of public health that preventive care—like getting a flu shot—works best among a general population when more people are vaccinated, so fewer people get sick and spread the flu.
— Lisa Ward, in Pacific Standard, 17 Oct. 2018

A particular tenet of the recovery group Alcoholics Anonymous is that the label of “alcoholic” cannot be applied to a person from an external source. Put another way: only you can know (or admit) that you are an alcoholic.
— Sarah Rose Sharp, Hyperallergic, 2 Oct. 2018

The Trump administration has made its tough approach to Iran a central tenet of its foreign policy. President Trump withdrew the United States from the Iran nuclear deal this year, and his top administration officials have excoriated the clerical government in Tehran at almost every opportunity.
— Gardiner Harris, The New York Times, 19 Sept. 2018

In Latin, tenet is the third person singular of the verb tenēre ("to hold") and means "he/she/it holds." It is thought that Latin writings from the 17th century would use the form tenet to introduce opinions held by a particular church or sect.

Other nouns that derive from a 3rd-person singular form of a Latin word include habitat (“it inhabits”), deficit (“it is lacking”), and affidavit (“he/she has made a pledge”).

What is a Tenant?

It is perhaps due to the somewhat unfamiliar orthography of tenet that the word occasionally gets confused with tenant, the noun for an occupant or dweller of a land or tenement.

As a company, Microsoft is dismayed by the forcible separation of children from their families at the border. Family unification has been a fundamental tenant of American policy and law since the end of World War II.
— statement from Microsoft Corp. on CNBC.com, 18 June 2018

A basic tenant of financial planning is to have an allocation to both bonds and stocks because they tend to move in opposite directions.
— TheStreet.com, 10 Oct. 2018

While this kind of substitution turns up occasionally in written text, the reverse (substituting tenet where tenant is meant) almost never happens. To keep them straight, usage experts suggest the mnemonic device that tenant ends in –ant just like the related word occupant.