When did 'learn' stop meaning "to teach?"

The English language can be quite fickle. Some words (such as flingee, “the person at whom something is flung”) slide out of fashion in entirety, leaving behind nothing but a record in old books or current ones (such as dictionaries) which pay attention to old words. Some words remain in common parlance, but have left behind their initial meanings to such an extent that they are now essentially lost; absurdity once referred to dissonance in music, but now is most commonly found meaning “something that is absurd.” And then there are certain other words which have meanings that float somewhere in between current and lost, such as the sense of learn meaning “to teach.” 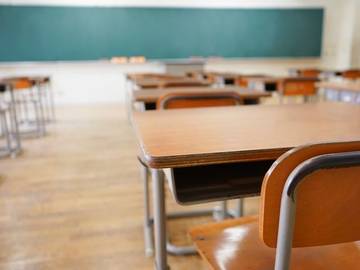 Sit right down and get learned.

Once upon a time it was entirely normal to use learn with the meaning of “to teach,” or “to inform of something.” All the cool writers did it: William Shakespeare, Noah Webster, Goffe Thomas (we are stretching the boundaries of what might be considered a cool writer just a touch).

Strophius: Remember Clytemnestra, he's your sonne. Clytemnestra: He is so, and I'll learne him to be so.
— Goffe Thmoas, The Tragedy of Orestes, 1633

Sweet prince, you’ll learn me noble thankfulness.
— William Shakespeare, Much Ado About Nothing 1599

I have far too much pride to stand indebted to Great Britain for books to learn our children the letters of the alphabet.
— Noah Webster, (letter) Weekly Monitor, 15 Feb. 1785

From the 13th through the end of the 18th century the use of learn to mean “teach” was fairly common, although the 1785 edition of Samuel Johnson’s dictionary (the 6th edition) labeled it as obsolete. And while Noah Webster used it in his letter writing that year, by the time he published his dictionary in 1828 this sense of the word had either taken a turn for the worse, or someone had teased him about using it thusly, as he seems to have changed his mind about it. Webster did define learn as “to teach, to communicate the knowledge of something before unknown,” but included a note at the end of the entry, “this use of learn is found in respectable writers, but is now deemed inelegant as well as improper.”

Although this use may very well have been viewed as inelegant and improper, it has not died away. We still see learn used to mean “teach” in common use throughout the 19th and 20th centuries, although it tends to be employed in an intentionally colloquial manner, signifying informal speech or lack of formal register.

He recovered himself, reached the bell rope, "Damn you,  I'll learn you," stepped to the door and called a couple of  brakemen, and then, as the speed slackened, roared out, "Get off this train.”
— Mark Twain, The Gilded Age: A Tale of To-Day, 1873

He struck him again, sending him to the  ground, and said, "I'll learn you to call me a Eagle,  you infernal scoundrel!”
— Artemus Ward, Artemus Ward, His Book, 1862

…if he’d only learned himself to speak good grammar he would probly be a Major today.
— James Jones, From Here to Eternity, 1951

We do offer a definition of “teach” for learn, although it is labeled nonstandard, and you may wish to avoid such use unless a specific effect is intended. It is interesting to see how a word’s meaning may take on a sort of half-life, wherein it is perhaps kept alive largely by writers who are intentionally using it in a linguistic register that is not entirely their own. As any discussion on this subject should make mention of what is probably the most well-known and beloved passage of literature containing an explication of the difference between teaching ‘em and learning ‘em, here is Kenneth Grahame’s explanation from the early 20th century.

The Toad, having finished his breakfast, picked up a stout stick and swung it vigorously, belabouring imaginary animals. ‘I’ll learn ‘em to steal my house!’ he cried. ‘I’ll learn ‘em, I’ll learn ‘em!’
’Don’t say ‘learn ‘em,’’ Toad, said the Rat, greatly shocked. ‘It’s not good English.’
’What are you always nagging at Toad for?’ inquired the Badger, rather peevishly. ‘What’s the matter with his English? It’s the same what I use myself, and if it’s good enough for me, it ought to be good enough for you!’
’I’m very sorry,’ said the Rat humbly. ‘’Only I think it ought to be ‘’teach ‘em,’’ not ‘’learn ‘em.”’
’But we don’t want to teach ‘em,’ replied the Badger. ‘We want to learn ‘em—learn ‘em, learn ‘em! And what’s more, we’re going to do it, too!’
— Kenneth Grahame, The Wind in The Willows, 1908