'Talented': That Vile and Barbarous Vocable

It was once a hotly contested adjective

Talented is an adjective meaning "possessing special aptitude," but this use has been contentious. Language purists have complained that an adjective cannot be formed by adding -ed—which is untrue—in addition to the fact that talent also has historical usage as a verb.

Language peeves tend to come and go, falling in and out of fashion in much the same way as do elements of slang (although peeves tend to have a longer shelf life than most slang words). There are, of course, exceptions to this (we’ve been hearing that it’s improper to split an infinitive for more than two centuries now, and cautioned against ending a sentence with a preposition since the late 17th century), but a look back at some of the supposedly improper usages of the 19th century can cause one to scratch one’s head and wonder what all the fuss was about. One fine example of this may be found in the use of a word which well-nigh every parent has happily used to describe their child, a word which was once referred to as “vile and barbarous.” That word, of course, is talented. 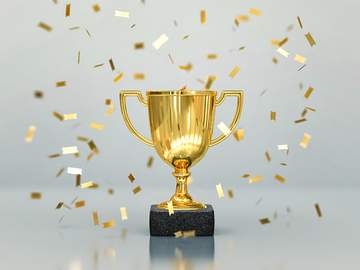 What could be so bad about this adjective, defined as “possessing special aptitude; mentally gifted; accomplished”? The objection was based on the idea that an adjective could not be formed by adding an -ed to a noun, and talent was thought to have solely been a noun, and never a verb. This is wrong on two counts, as English quite easily forms adjectives in this manner (as with bigoted and dogged), and talent has indeed been used as a verb. The verb use is rather uncommon and archaic (we do not enter it), but the Oxford English Dictionary does, defining it as “To fill with desire” and “to endow with talent or talents.” This second sense, closely related to the modern adjective, dates back to the early 17th century.

When they had in forraine partes sufficiently furnished themselues through collegiall discipline, diligent course of studies in Philosophie and Theologie, then might they be valued justly as intelligent persons, and well talented.
— Edward Weston, The triall of Christian truht (sic), 1615

He was talented but as a common Person, yet got that Interest, that in a sort all the Keys of England hung at his Girdle.
— Edmund Ludlow, A letter from Major General Ludlow to Sir E.S, 1691

In the early 19th century American newspapers began to notice talented undergoing a functional shift, and seemed a bit uneasy about it.

The editors of the Intelligencer state that they have engaged talented Reporters to furnish an account of the proceedings of both House of Congress, who will study promptitude rather than dilation. Quere. Whence comes the word talented? By and by we shall hear of abilitied_ speakers.
— National Gazette (Philadelphia, PA), 2 Dec. 1823

The word talented has got into vogue. Another spurious term—indebtedness, is used in the newspapers. Writers who are even less than purists will avoid both.
— National Gazette (Philadelphia, PA), 3 Oct. 1829

The word talented, used as a participial adjective, (thus, “he was a very talented man”) is of perpetual occurrence. It is not, however, to be found in any dictionary; nor, as far as our recollection serves us, in any of the works of the standard writers of the last century.
— The Critic (New York, NY), 27 Dec. 1828

The Journal of the Times uses the word “talented.” Not in a hypercritical vein, but respectfully, as it regards the Editor of that paper, we ask—upon what ground is the employment of this term justified?
— The Vermont Journal (Windsor, VT), 17 Jan. 1829

American writers in the 1820s seemed unenthusiastic about this development, but were largely polite and inquisitive. The English began to take notice the following decade, and were decidedly against it.

The word “talented,” which appeared in our account of “the racing of steam-boats,” in yesterday’s papers, was used because it issued from the mouth of one of those who spoke on the occasion, and is not to be ascribed to our reporter. The word, in fact, is not English; it is contrary to all analogy: it is an importation from Ireland, where the second-rate orators, who must talk but want proper words, are continually coining barbarous phrases.
— The Times (London, Eng.), 17 Jun. 1831

His language, although it is faultless and flows from “the well of English undefiled,”* is not rich coloured, or diversified - *There was one exception—he used the word “talented.” Sir Robert Peel referred it to his American associations, and prayed him never to employ it again with all the strenuousness of Oxonian adjuration.”
— _The New Monthly Magazine_ (London, Eng.), 1 Jul. 1831

As is so often the case when English purists took notice of some objectionable linguistic development it was assumed that the offending term must have originated elsewhere (either Ireland or, as was more frequently supposed, America). However, our records indicate that the adjectival use of talented has been in use in England at least as long as in America, if not longer.

…the names of these talented writer will perhaps adorn some future edition of their collected works.
— New Review (London, Eng.), Dec. 1813

In announcing the decease of this highly talented gentleman….
— The Literary Gazette (London, Eng.), 28 Jun. 1823

Shortly after the newspapers raised the hue and cry about talented other writers followed suit, including Samuel Taylor Coleridge, the man responsible for the “vile and barbarous” label.

I regret to see that vile and barbarous vocable talented, stealing out of the newspapers into the leading reviews and most respectable publications of the day. Why not shillinged, farthinged, tenpenced_, &c.? … If mere convenience is to justify such attempts upon the idiom, you cannot stop till the language becomes, in the proper sense of the word, corrupt. Most of these pieces of slang come from America.
— Samuel Taylor Coleridge, Specimens of the Table Talk, 1835

The word then attracted the ire of usage writers, and throughout the late 19th and early 20th century it was not uncommon to find talented in guides to proper English, usually with an admonition to avoid it.

We seem rather unfortunate in our designations for our men of ability. For another term by which to describe them, “talented” is about as bad as possible. What is it? It looks like a participle. From what verb? Fancy such a verb as “to talent!”
— Henry Alford, The Queen’s English, 1864

Talented__ for _Gifted. These are both past participles, but there was once the verb to gift, whereas there was never the verb “to talent.” If Nature did not talent a person the person is not talented.
— Ambrose Bierce, Write it Right, 1909

All of the efforts to stay the rise of talented proved fruitless; as the 20th century progressed the objections withered away, and the word lost its air of ill-repute. In current use talented is an entirely unremarkable word, entirely free of its vile and barbarous roots. You may safely continue to use the word to describe your children, no matter how ill-founded your belief in their talents.