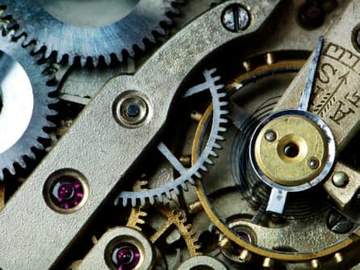 You can set your watch to people asking about this one

The words systemic and systematic are both adjectives that come from the noun system. While they can each be used to broadly mean "relating to a system," their usual jobs are distinct.

Systematic is the more common of the pair. In current English, it is most often used to describe something that uses or applies a careful system or method, or that is done according to a system. A systematic approach to organizing one's books, for example, would involve establishing a system—say, determining if fiction and nonfiction will be separate, or if genres will be grouped together, or if all the books will be arranged alphabetically by author's last name, etc.—and then implementing that system, perhaps by making piles and then by putting each pile’s books in a chosen final location. The term can also imply a thoroughness that comes from using or applying such a system.

Systemic is somewhat more formal, and it is primarily used to describe what relates to an entire system, be that system physical, organizational, or societal. A systemic disease affects the entire body or organism; systemic changes to an organization impact the entire organization; and a systemic problem in a society pervades the entire society.

Systemic is also used specifically to identify something as fundamental to a predominant social, economic, or political practice. Something described as “systemic” in this sense of the word is rooted in the system that holds sway. To describe racism as systemic, for example, is to say that racism is fostered and perpetuated by the system in power; someone looking for systemic change wants the fundamental practices of a system to change.

Systemic also has a few technical uses: in anatomy, it describes parts of the circulatory system that that receive blood through the aorta rather than through the pulmonary artery; and in horticulture it describes pesticides that as used are harmless to the plant or higher animal but when absorbed into its sap or bloodstream make the entire organism toxic to pests. (The word is also used as a noun to refer to a systemic pesticide.)