The History of 'Swank'

Sometimes the way that a word sounds is apt to the thing is describes. Take, for instance, the words we use to describe something that is showy, rich, and fashionable: glam, glitzy, flashy, ritzy. You can practically see the sparkle. But there's one word we use that doesn't evoke glitter: swank. 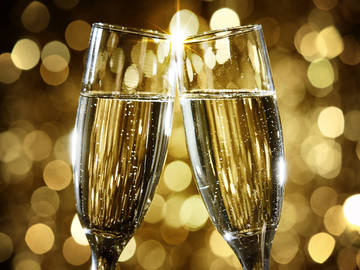 The verb 'swank' comes from a Middle High German word that means "to sway." It's not too much of a stretch to jump from swaying to swaggering, and then from swaggering to showing off, and from showing off to ostentation.

Swank is an adjective that means "characterized by showy display" or "fashionably elegant"—as well as a noun that refers to ostentation, and a verb that refers to doing something in way that is meant to impress.

The verb is the earliest of the three, dating back to the early 1700s. It was first used in a burlesque poem:

The Fro believing from my Joaks,
I fancy'd not her Butter-Box,
Cock'd up her Head, took leave in Scorn,
To seek one fitter for her Turn;
And as the swanking Trull march'd off,
I view'd the moving Kitchen-Stuff;
But in my Life ne'er saw the Fellow
Of such a broad-ars'd Blowzabella.
—Edward Ward, Hudibras Redivivus 2.4.159-166, 1708

The "swanking Trull" here is not a bedazzled troll, but a boasting, swaggering prostitute. Swank began to slowly take root. By the mid-1800s, swank had gained traction as a noun which referred to pretention or swagger ("Swank, an ostentatious air, an affectation of stateliness in the walk. 'What a swank he cuts!'"—Anne Baker, Glossary of Northamptonshire Words and Phrases, 1854) and the noun spawned the adjective swanky, which also referred to swagger.

But those weren't the only swanks around. In the early 1700s, another seemingly unconnected swank showed up in Scottish English:

Thou ance was i' the foremost rank,
A filly buirdly, steeve, an' swank;
An' set weel down a shapely shank,
as e'er tread yird...
—Robert Burns, "The Auld Farmer's New-Year-Morning Salutation To His Auld Mare, Maggie," 1786

The titular mare isn't boasting or swaggering: the filly being described is strong (steeve) and full of life (swank). Where'd this use come from? Most likely from the same place that the verb swank came from: the Middle Low German word swanc, which means "supple," "flexible," or "pliant." That word, in turn, is related to a Middle High German word (spelled, confusingly, swank) that means both "supple" and "swaying." This particular swank also gave us a derivative swanky—a noun that referred to a lively or active fellow.

That sway is the hinge on which all the different swanks bend. While the Scottish-English swank took the "supple" meaning of swanc, the verb swank was built on the idea of swaying. It's not too much of a stretch to jump from swaying to swaggering, and then from swaggering to showing off, and from showing off to ostentation. The "lively" swank stayed in Scotland, while the swaggering swank got around.

In the late 1800s, swanky and the noun swank began to take on an elegant sheen. Because ostentation is often compared to (or confused with) elegance and taste, swank and swanky took on meanings to refer to being elegant or fashionable. To be even more fashionable, English speakers clipped the -y off swanky in the early 1900s, giving us the adjective swank. Nowadays, swank is more likely to refer to elegance and high-class tastes than it is to refer to ostentatious or tacky displays in the mode of the "broad-ars'd Blowzabella" of 1708.