The Story Behind 'Stonks'

Buying low and selling high in the meme market

Stonk, a deliberate misspelling of stock (meaning “a share of the value of a company which can be bought, sold, or traded as an investment”), was coined in a 2017 meme. The word is often used humorously on the internet to imply a vague understanding of financial transactions or poor financial decisions. 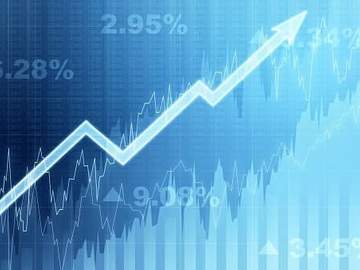 The internet slang term stonks has been around for a few years, but it came to the forefront in 2021 during news about day traders on Reddit buying shares of GameStop and other companies and, for a short time, reaping in significant windfalls.

The Origin of 'Stonk'

The alteration of stocks to stonks follows the pattern of deliberate garbling that is a tradition of meme language. It's a fun word to say, with an element of comic noise similar to what is heard in interjections like honk and zonk, as well as chonky, an altered adjective that has taken hold to describe our lovably plump pets. While stonks can stand in for stocks in running text, it is just as frequently used interjectionally, as a reaction to tweets or posts about financial decisions.

(An older sense of stonk, defined as "a heavy concentration of artillery fire" is possibly of imitative origin, and while it appears to be unrelated, the word's background gives support to the interpretation of stonk as a kind of sound effect.)

According to KnowYourMeme.com, stonks first saw use in 2017 as part of a graphical meme featuring the image of "Meme Man", a metallic-looking 3D humanoid character, in front of an image of a tote board with stock price data and an upwardly trending line graph. "The picture began seeing use as a reaction image online in jokes about making poor financial decisions," the site continues. 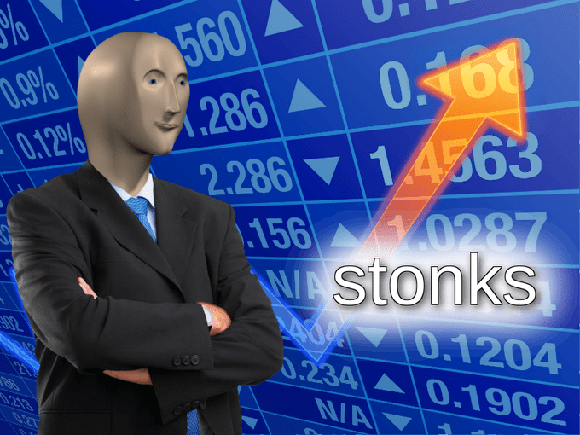 Stonk therefore was contained mostly to Twitter, Reddit, and other social media frequented by day traders—that is, until the GameStop news brought the practice and culture of such traders to the attention of the world at large. It sees use in published prose now, though pretty much all such use is facetious:

Hedge funds that depend on artificial intelligence to make their trading decisions were also seemingly unable to figure out how to play the stonk market, contributing to a dismal start of the year for these investors, according to figures from Eurekahedge, a company that tracks the performance of different hedge fund strategies.
— Jeremy Kahn, Fortune, 11 Feb. 2021

"Stonks" came to be associated with vague financial transactions, the grand machinations of our capital-driven society, and the people who pretend to know anything about how it all happens. As MEL Magazine reported in 2019, the joke of the entire meme is that anything related to money is "stonks."
— Palmer Haasch, Insider, 29 Jan 2021

For a while, it looked like Hertz could surf the wave to stonk glory, as it prepared to issue $500 million in stocks. Then the SEC chairman appeared on TV decrying the move—and soon the issuance was cancelled.
— Gian Volpicelli, Wired UK, 9 Feb. 2021

We can't give you a tip on whether stonk will continue to surge. If we knew that information, we wouldn't keep it to ourselves. You can bet on that.