This trick will help you remember which is which

Stationary means "not moving," while stationery refers to "paper for writing letters." To remember which is which, stationery and paper both contain -er.

They sound exactly the same, and look almost identical, but in fact they're quite different. 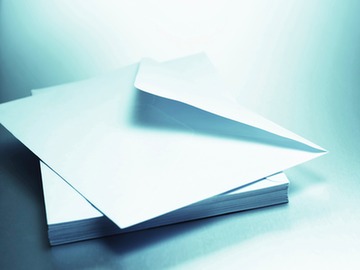 One way to remember which word is which is to think of the 'er' in 'paper' as matching the 'er' in 'stationery'.

Most simply, stationary is an adjective that means "not moving," and stationery is a noun that means "paper for writing letters."

If you need help remembering which is which, think of the er in paper and letter as matching the er in stationery.

The word stationery comes from the older noun stationer, which now refers to a person or store that sells stationery, but in the past was another word for bookseller and publisher.

Stationary has had a number of meanings over the years, but the idea of a lack of movement is present in most of them.