Where Does the Phrase 'Spruce Up' Come From?

Plenty of lifestyle magazines encourage us to chase away the summer doldrums by sprucing up our homes, or apartments, or wardrobes. But why use a phrase that evokes pine trees? 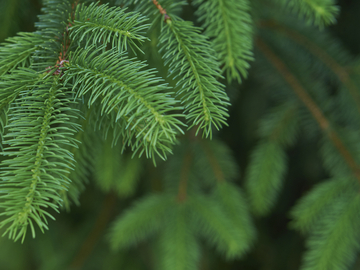 'Spruce' isn't just a tree—it's a historical name for Prussia. 'Spruce leather', a product of the region, was popular among the fashionable set, and by the end of the 1500s, 'spruce' was used to describe anyone fashionable or neat in appearance.

So if the verb and adjective don’t come from the name of the evergreen tree we know as the spruce, where did they come from?

The word spruce had an older meaning that is the root for all three of the current spruces under consideration. Spruce was one of the English names for the historical area that borders the Baltic Sea and which was known as Prussia. It turns out that the region, with its abundance of farmland and cattle ranching, was known for a few different things that bore the cognomen Spruce: canvas, ocher, timber, iron, and leather. Spruce leather was used to make a style of jerkin that ended up being popular among the well-to-do and fashionable. By the end of the 1500s, the association between Prussia and fashion was strong enough that the word spruce was being used generally of anyone who was fashionable or smart in appearance, or of making someone neat or fashionable.

What about the tree? Was it considered fashionable as well? No: the tree gained its name because it was thought to originate in Spruce, or Prussia.