Get Ready To (Define) Splurge

There are many ‘holidays’ which appear to have strayed somewhat from the spirit of the word’s construction (it comes from the Old English words for “holy” and “day”). A fine example of this occurs every year on June 18th, when we collectively observe National Splurge Day.

We have been informed that this is a very real fake holiday. 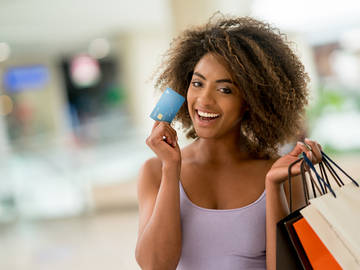 Since lexicographers have neither the need nor the desire to splurge on worldly goods (words are all the manna we need), we will instead observe this day by publishing an article on the word itself. We will splurge on lexical evidence, rather than some geegaw.

What is the etymology of the word splurge? No one is entirely certain. Some dictionaries, such as ours, suggest that it may be a blend of splash and surge. Others, such as the estimable Oxford English Dictionary, feel that it is of imitative origins. They do not, unfortunately, give any examples of what sound they think it might be imitating.

While we do not have a firm grasp on where the word came from, we do at least have a good idea of when it first came to be used. The earliest written evidence showing use as a noun in the early 19th century.

In chasséing out of all lawful bounds, she kicked the shins of a gouty navy commissioner; and, in an indescribable whirl, overset two little attachés before they could get out of her eccentric orbit. “What a splurge (said a Kentucky representative, in one of the favourite and most expressive words of Western invention,) what a splurge she makes.”
—The Talisman (New York, NY), 1 Jan. 1829

The word begins to appear as a verb within a decade or so, and as with the noun, its initial use appears to have little to do with spending money and pertains more to ostentatious displays.

There was a good deal of the picturesque about it; and had some of our correspondents been there, they would have had a fine opportunity to splurge with their poetical fancy.
—The Daily Picayune (New Orleans, LA), 1 Apr. 1838

The mounted procession of the Locofocos numbered about 200—who galloped into town by squads in great disorder, screeching and splurging about like lunatics—with their bushes waving around as if in terror of flies, which always cluster—and the reader knows where.
—The Tennessean (Nashville, TN), 17 Jun. 1840

The most common modern sense of splurge, both as a noun and a verb, is concerned with the extravagant spending of money on a thing or endeavor. It can be difficult to pinpoint exactly when this sense became distinct from the earlier meaning, as there is a fair amount of overlap between the senses. The noun appears to have begun being used in this fashion at least as far back as the middle of the 19th century.

The individual who has perhaps inherited a handsome patrimony, accumulated by long years of toil and economy by a prudent and industrious forefather, must needs make a big splurge, and show to the world that he is no ordinary personage.
—Fayetteville Observer (Fayetteville, NC), 28 Dec. 1857

Presently the princess began to make what is called in vulgar American parlance “a big splurge”—magnificent carriages, horses, footmen. &c, with one of the most stunning toilettes in Paris.
—Detroit Free Press, 14 Jun. 1863

Whenever our countrymen visit Paris, they always think it necessary, because they are Americans, to make a big “splurge,” which is lucky for the Parisians.
—The Times-Democrat (New Orleans, LA), 27 Jun. 1880.

And the verb use of the sense ‘there goes my whole paycheck’ (frequently encountered paired with “on”), dates to the end of the 19th century.

The band splurged on the dinner, and had a great time, with Drum Major Wedge at the head of the table and the prettiest girls in the whole visiting party to wait on them.
—The Daily Picayune (New Orleans, LA), 27 Nov. 1898

She bought it because it cost more than anything else in the fur store. She just splurged on hats and bonnets. I reckon she had a new one every day.
—Gelett Burgess and Will Irwin, The Washington Post, 5 Feb. 1905

If you would like to splurge on a word (in the initial sense of splurge) we can recommend that you start using splurging as a noun. It is very rare, and means much the same thing as splurge, and so will make a fine ostentatious display.

Now to the splurgings of the lucifer party. A drum, a flute and a fiddle, were at night the discordant notes, which chimed as badly as that of the different political parties which constitute the miscalled whig party.
—The North Carolina Standard (Raleigh, NC), 1 Aug. 1838

And if you would like to splurge in the “lavish expenditure” fashion, well, might we suggest a new dictionary?