The suffixes -ant and -ent are alike in sound and meaning, and they often give a noun or adjective variant spellings. For instance, propellant is the common spelling, but propellent is an accepted less-common variant. On the flip side, the -ent ending of repellent prevails over repellant. Truly, there's nothing holding back a writer who wants to use a standard variant (provided they can take the inevitable criticism). That said, if dependant is being considered in place of dependent, there are a couple things to heed. 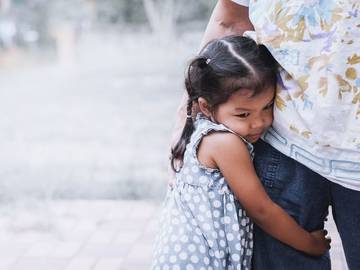 The '-ent' ending is influenced by the Latin form of the word, 'dēpendēnt.'

Origin of Dependent and Dependant

Though dependant is older, dependent dominates in American English; thus, the -ant spelling might be read as a mistake. Additionally, in British English, the spellings function more as indicators of parts of speech than as variants: dependent tends to be used for the adjective and dependant for the noun.

The word is derived from French dépendant, which was borrowed into English with its French meaning of "hanging down" in the 14th century. (Dépendant is the present participle of dépendre, meaning "to hang down.")

Toward the end of the 16th century, the adjective was applied to things decided or determined by something else, as in "a conclusion that is dependant on a premise." Later, dependant came to describe people—especially children—who rely on the support of another. About the same time, the spelling of the word began to shift toward the -ent ending, influenced by the Latin form of the word, dēpendēnt. It is this Latinized spelling of the adjective that is predominately found in American and British English today. The French-derived dependant, however, still has life across the pond.

About 48,000 were without water, with resumption of services dependant on power supply.
— Mark Hilliard, The Irish Times, 17 Oct. 2017

You are allowed to claim exemption for yourself, your spouse, two children, dependant parents and dependant siblings.
— Economic Times, 6 Nov. 2017

As for the noun form, it also appears in the early 16th century in reference to something attached to something else—for example, a consequence to an action or an appurtenance. And it, too, began to be freely spelled with either suffix. Later in the century, the word was applied to a person who looks to another for support—as in one of those aforementioned children who are dependent.

Some schemes allow you to keep your student children registered as dependants up to the age of 25 while others cut-off at 21 or 23.
— Vuyo Mkize, Independent Online, 23 Oct. 2017

Gaps in your working history due to unemployment, living abroad or taking time out to care for dependents could mean that you won't have enough years of National Insurance contributions to be able to qualify for the full state pension.
— Tricia Phillips, Daily Mirror, 18 Oct. 2017

With adjectival use of the word becoming less frequent, the convention of using dependant as the preferred spelling for the noun in British English is useful to help keep them sorted. For American English, you'll be covered either way if you stick to dependent, but you have a defensible position should you choose otherwise (and use it as a noun).