When To Use 'Specious' vs. 'Spurious'

Yes, there is a difference

Sometimes when you're struggling to remember the correct usage of two similar sounding words, the use of a mnemonic device can make it easier. In other cases, the history of the words themselves may help us differentiate between them. Such is the case with specious and spurious. 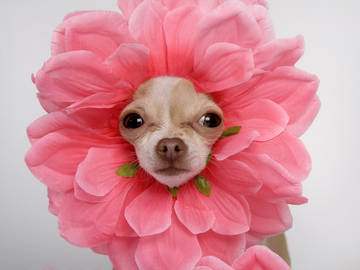 'Specious' indicates a superficial or deceptive attractiveness. Our reasons for using this dog picture to illustrate a usage question, however, are completely 'spurious.' That is to say, illegitimate.

These words have a number of obvious similarities: they begin with sp and end with ious, and each one of them contains "deceptive" or "deceitful" in its definition. Yet they are by no means synonymous.

Specious got its start in English with a meaning that is much different than the one it has today. The word's first meaning was "presenting a pleasing appearance" or "pleasing in form or look."

That is to saye he was more specyous & fayrer of shape than all the chylderin of men.
—Anon., Gesta Romanorum, 1510

The word soon took on additional meanings, and began to be employed to mean not only "pleasing in appearance," but "showy" as well.

Following the broadened use of "showy," specious also began to be used to indicate superficial or deceptive attractiveness. This sense was applied to both physical things, such as beauty, and non-corporal subjects, such as arguments or reasonings.

For, Job purgeth himself of this, as an evil to which he had strong tentations, if grace had not restrained him, considering that it was generally in practice in the Countries about, and that the splendour of these Luminaries, and the light and influences that come from them, were specious reasons to plead for religious respects to be paid to them.
—George Hutcheson, An Exposition of the Book of Job, 1669

While specious has gone from having a fairly agreeable sense to taking on a not-so-agreeable one, spurious has pretty much always had an unfortunate meaning (in English, at least). It comes from the Latin word spurius, which at certain points in ancient Rome had the meaning of "illegitimate birth," and was even used as a name for people who fit this description (by which we mean it was used as a first name for people who would otherwise be referred to as "Bastard"). When spurious came into use in our language it was used to mean illegitimate in both the "born to unmarried parents" and in the "irregular" senses.

So given that both specious and spurious are today often used to describe things which have an appearance that is deceptive or misleading, what are the differences between them? While we might use either word to modify argument, a spurious argument would be based on an illegitimate set of reasons, and a specious argument would be one that has an attractive appearance but is less plausible than it initially appears. Both kinds of arguments should be avoided. And of course, an argument about the correct usage of a word could never be either.