Are 'Factoids' the Same as 'Facts'?

Factoids are invented facts, or facts that are real but trivial

It can be difficult to say with any certainty whether or not a particular author has coined a word, something that does not stop many people from claiming that this, in too many cases to count, is exactly what happened. Perhaps we take comfort in the notion, however misguided it may be, that our language was largely created by the dedicated efforts of a small group of intelligent men and women, rather than the spectacularly messy, perpetually inchoate, and blundering process that it actually is. We are inclined to favor certainty over ambiguity in many areas of life, and have a difficult time coming to terms with the fact that the answer to “who created that word” will almost invariably be “nobody knows.” 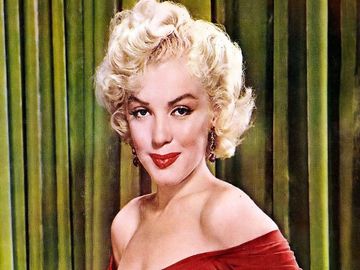 The earliest record of 'factoid' comes in Norman Mailer's 1973 book Marilyn. Factoids, wrote Mailer, are "facts which have no existence before appearing in a magazine or newspaper...."

That being said, there appears to be a fairly good chance that Norman Mailer coined the word factoid. Of course, there is always the possibility that someone else used this word before he did, or that it existed in spoken form, and he was simply the first person to offer it up in published form, but if so, such evidence has not yet been uncovered. The earliest record of factoid comes in 1973, in Marilyn, a book that was a combination of photographs of Marilyn Monroe and biographical text provided by Mailer. Shortly after using the word Mailer helpfully added an explanation: “...that is, facts which have no existence before appearing in a magazine or newspaper, creations which are not so much lies as a product to manipulate emotion in the Silent Majority.”

Since its appearance in Mailer’s writing, factoid has taken on an additional meaning, “a briefly stated and usually trivial fact.” It hails from a long line of words created through adding the suffix -oid, which comes from the ancient Greek eidos, meaning “appearance” or “form."

These words can be formed by employing -oid as either a noun suffix or as an adjective suffix, and most of them are of a decidedly technical or scientific nature. They give us words for such concepts as “shaped like a spine” (acanthoid), “like clay” (argilloid), or “resembling or related to the Scombridae” (scomboid). Now, a word such as scomboid may not immediately seem like a useful addition to your vocabulary, but the Scombridae encompasses an order of fishes, which include such varieties as the mackerel, so if you’ve ever had occasion to say that someone resembled a mackerel, but lacked the words with which to do so, you are now better prepared. Many of these scientific words are obscure to all but the specialists in whose fields they occur, but there are a handful that have entered everyday life, such as android and asteroid.

But in addition to creating these scientific terms, -oid has been used, particularly since the mid-twentieth century, to fashion words that are far more informal. It has served as the finishing syllable for schizoid and sleazoid.

Considering that factoid is probably less than 50 years old, it has been remarkably successful in the extent to which it has become part of our language. This may be due to the fact that both senses of the word—the “invented fact” and the “trivial fact”—are useful things to have a word for, and English has no other candidates readily available to describe them (despite the efforts of some, factlet never really caught on as a word for “an unimportant fact”).

So the next time you find yourself in need of a factoid and have none at hand, you may rely on the history of the word itself, using it, we hope, in the secondary sense of “trivial fact"—because we promise, we're not making this up.