Many English words have multiple meanings, a fact that will occasionally lead to confusion (inflammable) and bloodshed (literally). Other times it will lead to one sitting down with a nice cup of tea, and quietly contemplating how language can be a peculiar thing indeed. Especially when you consider the word smart. 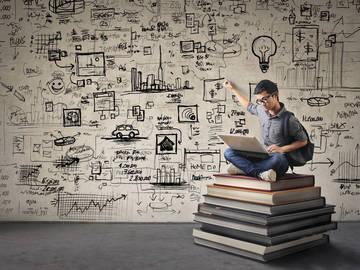 Here we see the intelligent multitasker at work.

Most of you, being smart yourselves, can come up with a handful of different meanings for this word: intelligent ("what a smart fellow you are"), saucy ("don't you get smart with me, young man"), guided by a computer ("my smartphone can't do that"), and so on and so forth. One of the marvels of language is that we can repeatedly use this same word, with its multiple meanings, without having to stop and explain exactly which sense we intend. We do this even when the word has senses that are very similar in meaning. The semantic difference between "the smart set" (sophisticated taste) and "a smart outfit" (fashionable) is somehow navigated without explanation.

Smart also manages to function not only as an adjective, but as a verb, noun, and adverb as well (not wishing to show off, it decided to leave interjection off its résumé). One of the curious things about this word is that the initial meaning it had was not one of the ones most commonly used today (many of which deal with intelligence or shrewdness); it was the sense relating to smacking someone on the knuckles with a ruler.

Smart has been used to refer to the causing of pain since Old English (our smart comes from the Old English smeart, meaning "causing pain"). This sense is still very much in use today, at least as a verb.

Although this may feel like a recent and folksy affectation, for much of our language's history smart was commonly used in this "stinging" sense.

Thou sufferest the Surgeon to launce thy raging ulcer, to lay a sharpe Corazine which may eate downe the dead flesh. It stings cruelly, smarts terribly, yet thou endurest it patiently: Why? The Surgeon tells thee, it is good for thee.
Theodore Herring, Panacea Christiana, 1624

So how did smart go from "causing pain" to "passes the test without studying"?

The word took on many additional meanings along the way, and before it began to be used in relation to intelligence smart was used to indicate such things as "pungency" (especially of alcoholic drinks), "quickness," "vigor," "intensity," and "impudent." By the late 16th century the adjectival smart was being used in reference to intelligence, or shrewdness.

A similar shift may be found in dumb, the antonym of smart, which had the meaning in English, a thousand or more years ago, of "destitute of the power of speech." The sense of "unintelligent, stupid" did not come into use for several hundred years after the word had the meaning of "lacking the ability to speak."

Before you decide to take this linguistic fact and brandish it about it may be useful to remember that the use of dumb to describe people who do not speak is widely considered offensive (although it is still applied occasionally to animals).

Be smart about it. 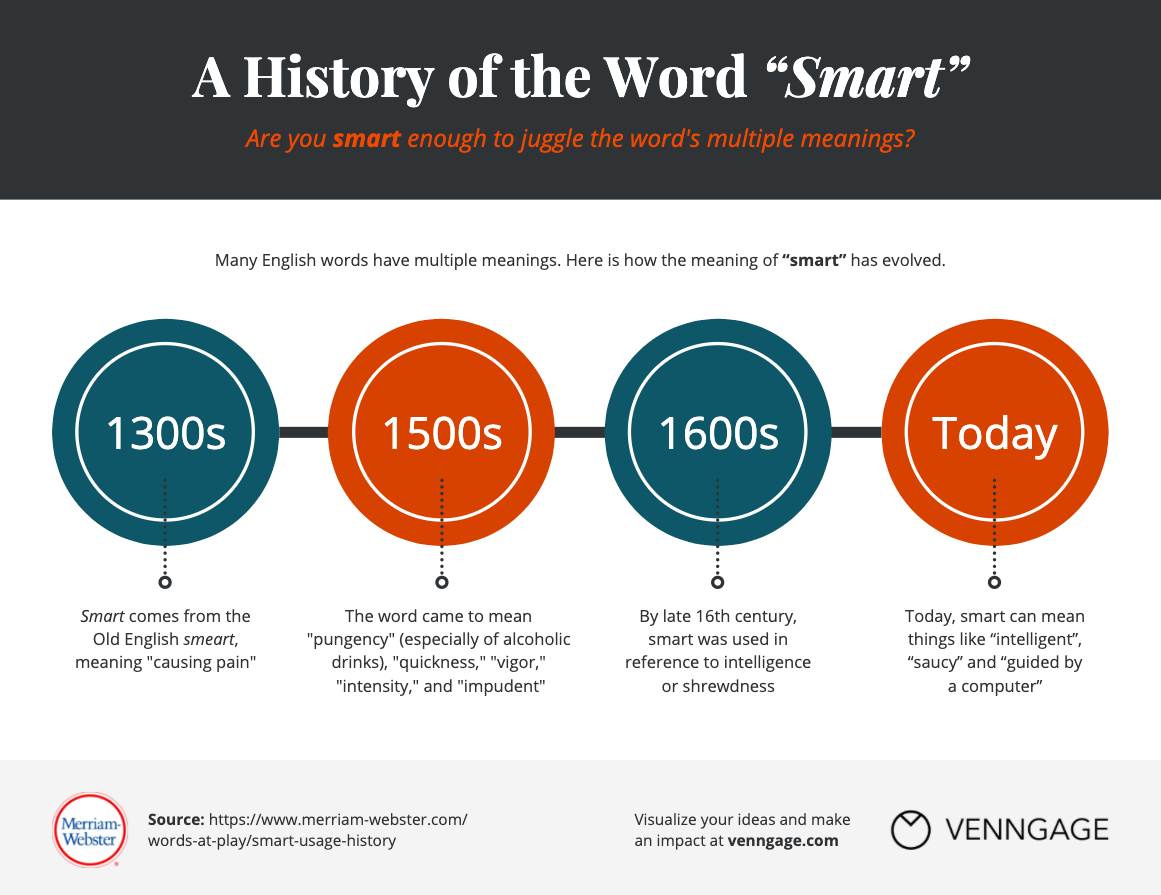