How 'Skeevy' Became a Word

The word's origins are surprisingly easy to trace

Skeevy is slang, often used informally by a subset of English speakers to refer to someone or something that is physically or morally repulsive. While the word shows up more often in speech than in print, our files are nonetheless full of skeeviness: skeevy bathrooms, skeevy suitors, skeevy characters, skeevy towels, and even skeevy skivvies. The word has a few slangy cousins, too—most notably, the verb skeeve out, which describes being disgusted or unsettled by someone or something (“That creep skeeves me out”). 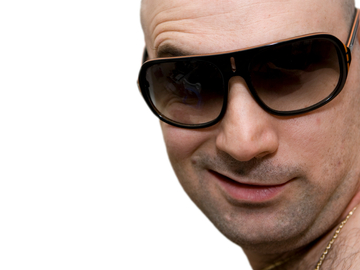 'Skeevy' was originally a noun, as in "He's a skeevie."

Skeevy, originally spelled skeevie, first showed up in print as a noun—a 1955 article in American Weekly notes that skeevie is youth slang for a disgusting person, as in “He’s a skeevie.” Sometime between the 1950s and the 1970s, skeevy moved from noun to adjective, originally to describe something that’s morally questionable:

Carefully holding on to every dirty, skeevy piece of information he collected, he used it in his own best interests to ferret his way into a Vice Presidency at one of the television networks at an early age.
—Carol Evan, Glad and Sorry Seasons, 1970

Slang like skeevy can be difficult to track down, but in this case, we have a pretty good guess where it came from, courtesy of Philadelphia Magazine in 1976: “The word ‘skeevie’ used by South Philadelphians to indicate something disgusting is from Italian ‘schifare’, to loathe.”

And etymologists tend to agree. They trace skeevy back to the Italian verb schifare, which means “to disgust or sicken” and the Italian noun schifo, which is related to schifare and which means “disgust.” Our written evidence indicates that skeevy first showed up in places with a high population of Italian-Americans, like New Jersey, New York City, and Philadelphia, so the trip from Italian into English isn’t entirely improbable.