It's not just for pointing out errors.

If you're reading an article (a great habit to keep, by the way) in which the author is quoting another writer or citing a title, you might see the word [sic] inserted somewhere in the text:

The cartoonist cast back to another strip he had drawn in 1972 as a contribution to a compendium called Funny Aminals (sic).
— David H. VanBiema, People, 27 Oct. 1986 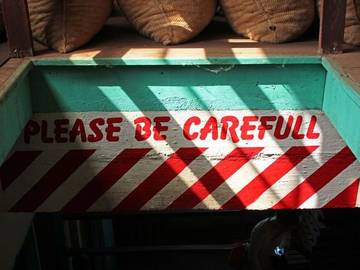 [Sic] signals that a quote appears as originally found, without edits.

Sic usually appears in parentheses or brackets, sometimes with the letters in italics. In this context it means “intentionally so written.” On its own, sic means “so” or “thus” and can be found in phrases such as sic transit gloria mundi ("so passes away the glory of the world") and sic semper tyrannis ("thus ever to tyrants," the motto of the state of Virginia).

What is denoted by sic is that the word or phrase that precedes it occurs in the original passage being quoted or name being used and was not introduced by the writer doing the quoting. Sometimes the quoted text contains an error of grammar or spelling, but other times it might not contain an error at all, but some kind of language or phrasing that might be unexpected.

In the instance above, the comics collection is facetiously titled Funny Aminals, with the consonants of the familiar word animals transposed. The insertion of sic indicates that the title has not been altered or corrected for VanBiema’s article, nor was it an error introduced by VanBiema.

To take another example:

The share price of Maple Leaf Gardens, which owns the Toronto Maple Leafs (sic) hockey team, has risen sharply because of betting that the group’s 83-year-old owner, Mr Harold Ballard, could soon die.
— The Economist, 22-28 Nov. 1986

In this case, The Economist is pointing out to its readers that Maple Leafs is the correct name for the hockey team, and not, say, Maple Leaves, as those not familiar with professional North American ice hockey might expect to see it rendered.

Sic is particularly useful when one is quoting from a source that has not undergone the rigors of editorial oversight. That can include, for example, a transcript of an interview, or a personal journal or correspondence:

By 1852, Isabella had three children, and she and Charles were looking for a home in Flat Rock. "Charley has found a sight (sic) for a building overlooking Mr. Bearing's (sic) mill pond and belonging to him," Isabella wrote her mom, "but whether he will sell or not is very doubtful." They'd previously been shown Mr. Maxwell's property, "but it was too high and windy and the hill in front almost perpendicular, water being raised by buckets attached to a wire."
— Rob Neufeld, The Asheville Citizen-Times (North Carolina), 2 Apr. 2018

This proved too much for Robert Barnett, the Washington superlawyer and longtime adviser to the Clintons, who fired off an e-mail lighting into her senior staff: "STOP IT!!!! I have help [sic] my tongue for weeks. ..."
— Joshua Green, Bloomberg, 20-26 Apr. 2015

In the modern age, sic is similarly useful as unedited social media accounts become a source of information for journalists. When a post or tweet contains a misspelling or unusual grammar, a writer quoting the tweet might reproduce the post as it appeared:

Amelia Gray Hamlin, the daughter of actors Lisa Rinna and Harry Hamlin, took to Instagram on Sunday to reveal that she struggled with anorexia. … "I went through this journey not for attention, not for people to pitty [sic] me, but to help," she said. "I am on this earth to help people, and I know that."
— Chloe Melas, CNN.com, 2 Apr. 2018

Opposite the Grammys, Oprah Winfrey's fledgling channel, OWN (Oprah Winfrey Network), was running a two-hour special on the late singer, and Oprah Herself took to Twitter to beseech the Nielsen families among her millions of … followers to tune in: "Every 1 who can please turn to OWN especially if u have a Neilsen [sic] box."
— James Wolcott, Vanity Fair, June 2012

There are a host of etiquette issues that surround sic. Since it often follows misspellings or nontraditional language use, some commentators see it as a means of needlessly making a value judgment on someone else’s language habits. In Modern English Usage, the grammarian H. W. Fowler wrote that sic “should only be used when doubt [about the intent behind another writer’s words] is natural; but reviewers and controversialists are tempted to pretend that it is; because sic provides them with a neat and compendious form of sneer”; The New Yorker’s Louis Menand describes sic as a “damning interpolation, combining ordinary, garden-variety contempt with pedantic condescension.” Sometimes it may be better to paraphrase the text and avoid what seems like haughty comment on another writer’s choices.

Alternately, it can help to offer a gentle parenthetical correction or adjustment to what the reader would be more likely to expect (as in “not for people to pitty [read: pity] me”).

But let’s face it: sometimes, pedantic condescension is precisely what you’re going for. So occasionally, you’ll see writers who cannot help themselves using sic to offer, like a dagger to the gut, a dose of tongue-in-cheek commentary:

On page 42 we view from below our arched eyebrows the sentence ‘Night after night I’d fill up my pal with these horrific stories of Jean-Jacque’s’ (absolutely sic).
— Kevin O. Nolan, The Best of Myles, 1968

Furthermore, I have met some doctors and a good many nurses who conscientiously object to participating in second-trimester abortions … . Forty-four states now have such conscience clauses, but the Freedom of Choice (sic) Act would wipe them all out.
— Nat Hentoff, Elle, September 1992

Additionally, it’s regarded as bad form to use sic repeatedly when the same error or weird spelling occurs in a document. If the writer being quoted misspells a word and then proceeds to keep misspelling the word the same way throughout the rest of the text, there’s no need to keep pointing out the error unless there’s reason to believe a reader might need to be reminded. Otherwise, they may wish you'd just help (sic) your tongue about it.