Fans of any creative endeavor, from books to movies to TV series, often want to immerse themselves in the worlds that have been created, and get to know the characters they love so much. Sometimes they want those characters to have lives (and loves) that extend beyond what the creators intended, and so they will ship characters. 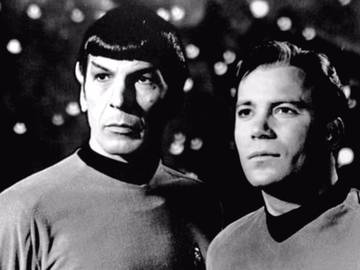 Shipping is the act of creating a romantic pairing between two people or characters who are not otherwise romantically linked. Shippers are the people who ship these characters; the pairing itself is called a ship.

If you're feeling lost at sea, it may help to know that all these terms find their ultimate origin in the word relationship.

Shipper and the noun ship show up first, coming into use in 1996 on a Usenet fan forum about The X-Files, a popular TV show. Going through the Usenet archives for the forum gives you a sense of the evolution of the term. Early fans of a Scully-Mulder hook-up first called themselves Relationshippers, then shortened that to r'shippers, then 'shippers. They eventually dropped the apostrophe. The noun ship followed a similar trajectory: it's shortened from relationship.

The verb ship is a later creation—a verbing of the noun ship that first appeared in the early 2000s (see note). Here's a typical use of the verb from Mallory Ortberg: "How does one even begin to write about Anne and Diana? ... Megan Followes herself ships them." It also show up in the phrase "I ship it" to mark a fictional romantic pairing, as in this headline from The Mary Sue: "Things We Saw Today: Harry Potter + Bellatrix Lestrange = Best Friends... I ship it."

Though the ship words only date to the 1990s, the act of shipping predates the words by decades: one of the most famous early ships was between Kirk and Spock from the original Star Trek TV series of the 1960s.

Note: While this originally dated the verb ship to 2005, some of our enterprising readers have sifted through the Usenet archives and found evidence of ship as a verb (as in "I ship Harry and Hermione") back to the early 2000s. Thanks, Internet! We've added them to our files.