The word shadowban has seen increased use in recent months as questions have arisen as to whether social media platforms can—or should—limit the reach of some users’ accounts.

We believe strongly in being impartial, and we strive to enforce our rules impartially. We do not shadowban anyone based on political ideology. In fact, from a simple business perspective and to serve the public conversation, Twitter is incentivized to keep all voices on the platform.
— Jack Dorsey, testimony to U.S. Congress, 5 Sept. 2018 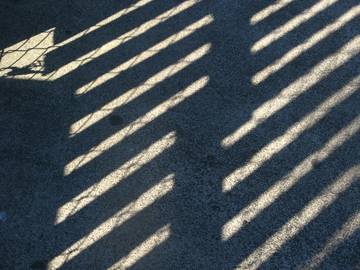 Evidence of the term dates at least to the early part of this decade.

Shadowban is meant as a contrast with ban, an action that is usually imparted decisively and without secrecy. When a user is banned from Twitter, for example, their account is suspended and the user cannot tweet, reply, retweet, or otherwise engage with other users’ posts. In most instances, a banned user is made aware that they’ve been banned from the service.

Shadowban adds to that concept the notion of such an action taking place without knowledge of the person being banned. In that case, the user’s account is still active, but is prevented from appearing in the feeds of other users.

The word has taken hold as both a verb and a noun as social media platforms become integral to public discourse and the battle for media exposure.

The general consensus was always that shadowbanning was Instagram’s attempt to prevent content which is against their terms of service and encourage users to play by the rules, namely posting engaging, relevant and interesting content that receives genuine engagement from the community.
— Caitlin Hughes, Iconosquare, 8 Aug. 2018

The idea is simple: Instead of banning a user outright and informing them of such punishment, a shadowban makes a user’s post visible only to themselves. In other words, they think that they’re still part of a community, but nobody is able to see or interact with them. The shadowban is useful in that rather than someone immediately being locked out and possibly retaliating by, for example, making a new account, the user fades away gradually due to the lack of interaction from other users.
— Brian Feldman, New York Magazine, 25 July 2018

The shadow in shadowban suggests both a cloaking of the action of banning (undetectable to the user), as well as the notion of having one’s presence recede into the dark, not to be findable by others.

Evidence of the term dates at least to the early part of this decade, where it applied to actions that reduced the presence of users on sites such as Reddit:

Now, both profiles are gone in an apparent shadowban, an admin-enforced measure which lets the user post and browse the site normally but hides them from other users. It’s primarily used to contain spammers, but Wordsauce says he was told he’d been banned for posting personal information.
— Adi Robertson, The Verge, 16 Oct. 2012

Is shadowbanning here to stay? Only the shadow knows.