What Does 'Throw Shade' Mean?

You don't have to watch RuPaul's Drag Race to have heard the expression throw shade, or sometimes just shade.

Shade is a subtle, sneering expression of contempt for or disgust with someone—sometimes verbal, and sometimes not. It appears in the phrase to throw shade, as in "The Sunday Stylers are the last people I'd expect to throw shade on President Bill's hair pursuits" (New York Times, 4 July 1993). 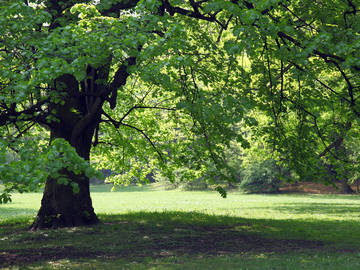 The expression 'throw shade' has been around for a while, but it exploded in popularity after recaps of a 2010 episode of RuPaul's Drag Race used the phrase to describe a competition of epic takedowns.

Our first recorded use of shade to refer to an insult is from the 1990 documentary Paris is Burning, which chronicles the drag scene in mid-1980s Manhattan as seen through the eyes of young Latino and black drag queens. One queen named Dorian Corey explains the development of the read, which is a direct insult, and shade:

... when you are all of the same thing, then you have to go to the fine point. In other words, if I'm a black queen and you're a black queen, we can't call each other 'black queens' because we're both black queens. That's not a read—that's just a fact. So then we talk about your ridiculous shape, your saggy face, your tacky clothes. Then reading became a developed form, where it became shade. Shade is, I don't tell you you're ugly, but I don't have to tell you, because you know you're ugly. And that's shade.

According to E. Patrick Johnson, a professor of African-American studies at Northwestern University who has written on insults within the gay and black communities, shade is something that has been a part of the American black experience since slavery, when a direct insult could result in death. "African-Americans developed these covert ways of communication, which, over time, have morphed into the traditional ways that they interact with one another."

Thanks in part to Paris Is Burning, shade began to enter the mainstream in the early 1990s, first appearing in places like the New York Times, the Boston Globe, and the Los Angeles Times. It even appeared in a jokey headline about an eclipse: "Uppity Earth Throws Shade" (Newsday, 28 November 1993).

The expression gained slow momentum until 2010, when during an episode of RuPaul's Drag Race, the hostess RuPaul declared "You will read your fellow queens!" What ensued was a competition of epic takedowns, and though the contestants were reading, most of the write-ups afterwards called it throwing shade.

Shade's popularity has only grown since, showing up in a host of Internet memes, including one featuring the First Lady of the United States, Michelle Obama, rolling her eyes at then-Speaker of the House, John Boehner, at a post-inaugural luncheon in 2013.

*Words We're Watching* talks about words we are increasingly seeing in use but that have not yet met our criteria for entry.