Scheduling things with people can be complicated. Not only does everybody have to be available on the same day and at the same time, but everybody has to understand the language used to make the actual plan.

Let's have the meeting on the 11th at noon.

Hmm, that worked for me last month but it doesn't work for me this month. Can we move it up an hour?

Actually, it'd be better for me if we just pushed it back a week and kept it at noon.

Nope, I'd need it moved up an hour that week too.

Oh—turns out that's even better for me. Let's do it then.

So just when are these people meeting? Is it the 4th or the 18th? And are they meeting at 11 or at 1? It's distinctly possible that they're going to show up at different times on different days, all because of two little adverbs: up and back. 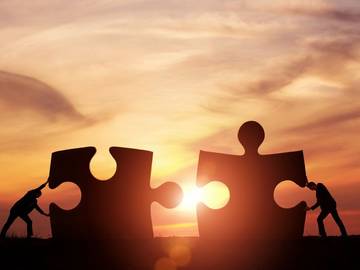 When used to talk about schedules, they become contrasting words, temporarily abandoning their usual partners, down and forward (or forth). The odd partnership may be part of the confusion, as each word takes on characteristics of its own antonym.

And how about if we move or push a meeting back a week? Most people assume the meeting is a week later than originally scheduled—back, like up, is a distance away. (But when we "go back in time" we go to an earlier point in time, so could one be forgiven for thinking back a week means sooner rather than later?)

It's the metaphor itself that is problematic, of course. We're making statements about time with words about distance and direction. No wonder it gets confusing.

The surest way we can think of to prevent scheduling mishaps is to be explicit: use earlier (or sooner) and later. Or even actual numbers. (Just do your best to show up on time.)