The word has a shocking history

Samuel Johnson, in his 1755 dictionary, offered the following definition for the word scandal: “Offense given by the faults of others.” This is a classic Johnsonian definition; it is trenchant, witty, and just short enough that one can easily commit it to memory and pull it out at a dinner party in order to seem more educated than one actually is. It is, however, somewhat lacking in breadth, so we’d like to take a more detailed look at the origins and meanings of this perennially useful word. 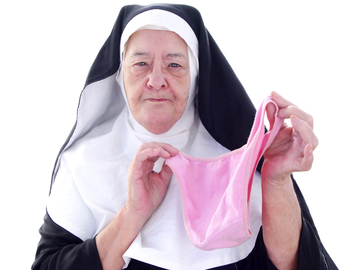 The earliest meaning of 'scandal' was “discredit brought upon religion by unseemly conduct in a religious person."

Scandal is an old word, with attested use dating back to the beginning of the 13th century, and comes to English from the Latin word scandalum, which means “stumbling block” or “offense." It may be found several times in a set of medieval rules, the Ancrene Riwle (also known as the Ancrene Wisse), a work that provided guidance and structure for anchoresses or recluses. The earliest meaning of scandal was “discredit brought upon religion by unseemly conduct in a religious person."

Following its appearance in the Ancrene Riwle, however, scandal appears to have been little used for the following several centuries. The next evidence we have for it occurs in 1509, in Sebastian Brant’s The Shyppe of Fooles: “In thy foreheed resteth no lyghte but grete noyses grete scandale and lecherye and al pryde and hast no shame in wordes.” By the end of the 16th century the word had become considerably more common, and we see it begin to expand its range of meaning.

A scandal may refer to specific circumstances or actions that offend established social mores (“the congressman’s arrest for bribery caused a scandal”), or can also refer more generally to a state of affairs (“the state of our elections is a scandal”). It can be used to refer to gossip (either true or false), and also has an archaic sense of “a disgraceful usually baseless accusation or imputation.” One common thread with all of the word’s definitions is that they tend to be concerned with meanings that most people would strongly prefer to not be associated with.

We seem to have no moth-eaten aphorisms for differentiating between a scandal and a similar word, such as disgrace, as we do for a depression and a recession (as in the case of the expression, for which Ronald Reagan is often mistakenly given credit, but which existed since at least the 1950s, “It’s a recession when your neighbor loses his job; it’s a depression when you lose yours.”)

Most of the time, scandal is used in reference to specific instances of conduct that are thought to be socially or morally transgressive. These cases tend to be concerned with sex, politics, or money—sometimes all three.

While we are of the opinion that learning something of the history of a word should be its own reward, there is something to be said for combining learning with utility. Which is the nice thing about scandal: there will always be another one, and when it comes, you won’t have to rely on a Samuel Johnson quote to impress someone at a dinner party.