What makes Saturday different from the other days of the week?

Everyone loves Saturday. End of the western work week, a day to sleep in—Saturday is special.

It's also linguistically special. The names for the days of the week come to us from Old English, the language spoken in England from from sometime in the seventh century until about 1100 AD. This Germanic language is the broad foundation that Modern English was built on, and occasionally it leaves us hints about the culture of the Anglo-Saxons. That's the case with the days of the week. 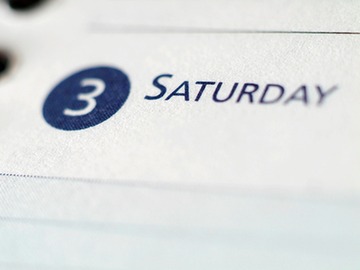 Saturday is named in honor of Saturn, the Roman god of agriculture

Saturn was the Roman god of agriculture. It's not as though there wasn't a Norse god of agriculture to name that last day of the week after—so why use a Roman god? This is a historical and cultural holdover from Roman Britain. The island we think of as England was occupied by Roman forces from 55 BC until 410 AD, and this contact with Rome left more behind than just walls and archaeological ruins. There are a number of words in Old English that show how strong the Roman influence was on the language and culture, and sæturndæg (Saturday) is one.