Satellite came up on our radar following numerous reports of the word having been used by President Donald Trump, as recounted by former FBI Director James Comey. 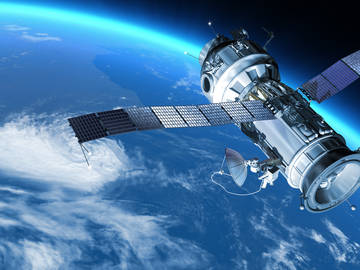 'Satellites' are too small to see from a satellite.

According to Comey, he was told by Trump that “if there were some ‘satellite’ associates of his who did something wrong, it would be good to find that out, but that he hadn’t done anything wrong.”
—David Lauter, The Los Angeles Times, 7 Jun. 2017

Although it is little used today, the earliest meaning of satellite was considerably different than the one we commonly find today ("a manufactured object or vehicle intended to orbit the earth, the moon, or another celestial body"). Beginning in the early 16th century the word, which comes from a Latin word meaning "attendant" (satelles) had the meaning of "a hired agent or obsequious follower."

Whan this treatoure satellyte was entred with his company & had broken into the inwarde edifices: diuers of them serched for the prince Hiempsall: som murdred his seruauntes as they lay slepynge in theyr beddys suspectynge no suche treason.
—Sallust, Here Begynneth the Famous Cronycle of the Warre (trans. by Alexander Barclay), 1525