If you're an optimist, you may be called sanguine, a word that means "confident" or "optimistic." Don't shy away from the label just because it comes from the Latin word sanguis, which means "blood." But just how did blood beget optimism? 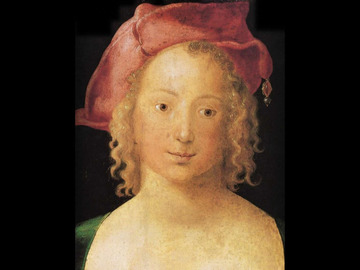 During the Middle Ages, health and temperament were believed to be governed by the balance of different liquids, or humors, in one's body. If any of those four humors – phlegm, black bile (also called melancholy), yellow bile (or choler), and blood – predominated, then your disposition and health were said to be ruled by that humor.

People who were calm, slow, undemonstrative, and unexcitable were thought to have an abundance of phlegm – they were governed by that humor and were therefore phlegmatic. Those who were bilious had a bad disposition because of the large amount of yellow or black bile in their system. But those lucky people who were governed by blood were strong, confident, and ruddy (all that blood, you know) – in a word, sanguine.

In time, the physiological theory behind the humors dissipated, but the word sanguine is still commonly used to describe those who are cheerfully confident – a label we’ll gladly accept, no matter where it comes from.