Despite sounding similar, recoup is not a shortened version of recuperate and has different origins. Recoup is from French and refers to making up a loss (often money) or being reimbursed. Recuperate usually refers to healing or recovering. These words are sometimes switched by English speakers, but others consider this an error. 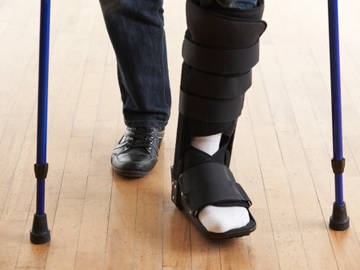 You'll be up and at it in no time.

The verbs recuperate and recoup sound a lot alike, and for that reason they occasionally get confused. It’s possible that some people might think recoup is a shortened form of recuperate. But in fact, the words have different origins. Additionally, both verbs refer to an act of recovering, but in different ways.

To recuperate means to heal or get well after an illness or injury. While this is the most common meaning of the word, it can also mean to regain something that has been lost, or to bring something (such as an old custom) back into currency.

In 1903 Tarkington contracted scarlet fever, and a doctor recommended that he go from his native Indiana to Kennebunkport, Maine, to recuperate. It changed his life. Eventually, he spent the warmer months there annually.
— Joseph Owen, The Portland Press Herald, 19 May 2020

While Mr. Johnson recuperated from his own bout with the virus, Mr. Raab and other ministers have faced hard questions about why Britain has failed to secure enough masks or gloves for doctors and nurses…
— Mark Landler and Stephen Castle, The New York Times, 19 May 2020

To recoup means to make up a loss of something (such as money) by getting something equal in return. It also means to reimburse or compensate someone for something owed.

But while the flight had demonstrated their point and earned the pilots a modicum of renown along the way, it had severely strained their finances. The new heroes tried to recoup some of their losses by displaying their famous airplanes at airshows.
— Dan B. McCarthy, Air & Space, June/July 1990

The $400-odd million that producers spent to make that movie may have seemed absurd, and they couldn't have recouped their money (let alone made it back seven times over, as they did), from dozens, hundreds, even thousands of viewers paying large amounts of money. But with many millions having forked over $12 or $15 apiece, it has earned $2.8 billion, and the finances worked.
— Doug Lederman, Inside Higher Ed, 21 Aug. 2019

But because some people interpret recoup as a clipped form of recuperate—along with the fact that both verbs suggest some idea of recovery, whether from injury or loss—one occasionally sees recoup used with the meaning normally reserved for recuperate.

The Academy Award victor broke her ankle while out on a run, according to her husband Keith Urban. … Urban claimed that Kidman, 52, has actually been “delegated [sic] to [a] boot” for a number of weeks while recouping.
— The Union Journal, 20 May 2020

Conversely, one also occasionally encounters recuperate used with the “gain back” sense normally meant for recoup:

If an individual is in a situation where they are filing a joint tax return with their spouse, and their spouse is the one who is delinquent on child support payments, that individual should file an Injured Spouse form with the IRS. … That form can help an individual recuperate their share of a withheld payment, as opposed to having the entire stimulus payment go toward delinquent child support dues.
— The Richmond County Daily Journal, 18 Apr. 2020

While many dictionaries do include a sense defining recoup as “recuperate” and recuperate as “to recover (property or assets),” this switch in meaning is still regarded as an error by some usage commentators.