How to avoid a wreck

We speak of someone as being reckless when they do not take proper caution in doing something:

A man accused of endangering a helicopter pilot flying over Long Island was arrested Saturday night, police said. The 32-year-old Bayville man allegedly aimed a green laser pointer at the aircraft flying over Jericho around 11 p.m. "interfering with the pilot's ability" to fly, police said.... He was slapped with a number of criminal charges including reckless endangerment and released on an appearance ticket.
— NBC New York, 7 Aug. 2022 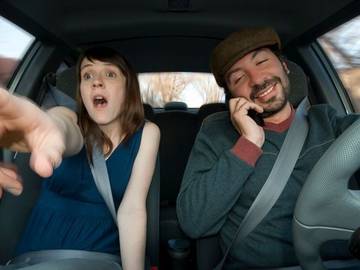 Reckless can be found in such phrases as "with reckless abandon" and "reckless disregard." It can also be found in contexts pertaining to crimes and other violations of the law that are attributed to negligence. By far the most common use is in phrases such as reckless driver and reckless driving.

But while a reckless driver might cause a wreck, there is no linguistic relationship between reckless and wreck.

It's only coincidental that the reck in reckless might occasionally bump into the wreck that happens when two cars collide. After all, a driver who was "wreckless"—that is, without wrecks—would conceivably have no accidents on their record and therefore be very safe.

But it's the very proximity between recklessness and wrecks, one suspects, that causes the word meaning "without caution" to sometimes be spelled as wreckless:

Neither am I. I have a wreckless, wretched disposition that gets me into all sorts of hell. I need some one to care for me.
— Theodore Dreiser, The Titan, 1914

In actuality, reck is a verb meaning "to worry or care for" or, in now-archaic uses, "to be of matter or concern."

Tho' as their fellow-creatures some of us may appreciate their position, yet as navy officers, what reck we of it? Still less recks the enemy.
— Herman Melville, Billy Budd, 1924

Reck is related, though not directly, to reckon, a verb used in accounting and to mean "to think or suppose" in Southern idiom ("He had a gun which he had stole, I reckon, and we fished and hunted…" — Mark Twain, Huckleberry Finn, 1881).

Wreck, meanwhile, has roots in Medieval Latin (wreccum) and Old Norse (rec) and use that dates to before the 12th century.

With any luck, this information will help keep you focused on the road ahead.