The True Story of 'Realize' and 'Realise'

Realize and realise are alternate spellings of the same word. In the US and Canada, realize is by far the more common spelling. In the UK, Australia, and New Zealand realise dominates, though realize is sometimes used too. The discrepancy stems from a history of different dictionaries and publishers choosing their preferred versions until a pattern stuck. 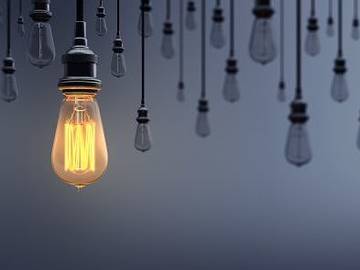 All of a sudden (and after much research) it just came to us.

We see this played out in current publications:

This is Bergin’s goal: To make women realize that sitting habits can be a risk factor for musculoskeletal problems, and that they may be able to avoid particular aches, pains and conditions by refusing to sit with their legs pressed together, crossed or otherwise anatomically scrunched.
— Elizabeth Kiefer, The Washington Post, 19 Nov. 2019

The early pioneers of the BBC realised that radio could reach into every home and would provide a universal service for the public good.
— Hugh Chignell, The Guardian (London), 17 Nov. 2019

And it can be observed in literature of the past too:

The words were hardly spoken when she realized their infelicity.
— Edith Wharton, The House of Mirth, 1905

Did she realise, to begin with, what a very small part of the world the land was?
— Virginia Woolf, The Voyage Out, 1913

We do not see it, however, in the earliest instances of the word in English.

The first examples of realize in print date to the early 17th century, and even though the word was borrowed into English from the French réaliser, it was at first only rendered as realize in English. It was almost a century and a half before realise began to appear—first, according to the Oxford English Dictionary, in a letter by none other than lexicographer Samuel Johnson. He wrote on December 30, 1755, "Designs are nothing in human eyes till they are realised by execution."

Johnson's famed dictionary was published that same year, but it did not include an entry for the word. There is nothing in his A Dictionary of the English Language between reaffirmance and realty. Nathan Bailey's 1721 An Universal Etymological English Dictionary, however, had defined realize (and spelled it thus) as "to cause a being real, to admit as a reality."

In going with the realise spelling, Johnson and those who followed his example nod to the word's French source word, réaliser. The suffix -ize itself is likewise French, and has as its closest ancestor the Middle French suffix, -iser. But the "z" is present etymologically just beyond -iser. That suffix comes from the Late Latin -izare, and ultimately from the Greek suffix -izein.

The realize spelling used on this side of the Atlantic owes something of a debt to someone near and dear to our hearts, here at Merriam-Webster. Our lexicographical forefather, Noah Webster, was a great believer in spelling reform, and was in a powerful position to make that reform a reality. Among his many contributions to distinctly American spelling was his insistence that words like realize have a "z" to match their \z\ . In his 1806 A Compendious Dictionary of the English Language, he favored realize as well as cruize, merchandize (noun), praize, and poize. He allowed for both surprise and surprize.

Webster of course won some and lost others of those -ize battles. While American English consistently coins words with -ize rather than -ise, there are plenty of words that are spelled with ise despite sounding like they have a "z" in them: wise, surmise, advise, rise, franchise, and many others.

So how did we wind up with the current situation? Lynne Murphy, in her book The Prodigal Tongue, an in-depth investigation of the differences between American and British English, reports that a 19th century explosion of English coinages with the suffix in question (most appearing first in British English) coincided with a rash of French -ise borrowings, such as galvanise, mobilise, and polarise, and that during this same period—the mid-1800s—there was a shift toward the -ise spellings in British English overall. The Oxford English Dictionary's decision in 1884 to simplify the matter by uniformly listing the -ize spellings of verbs before their -ise variants (because of the Greek etymon -izein we mentioned above) led to an increase in the use of -ize in British English for a time, so that both spellings were fully acceptable.

Modern Usage of -Ise vs. Ize

But then, explains Murphy, in the 1990s two influential publishers took a stand for -ise: both The Times of London and Cambridge University Press determined to use -ise rather than -ize. Around the same time, people were exploring the Internet—and English beyond their corner of the globe—as never before, and a notion that -ize was a creation of American English took hold in British English, inspiring in some a fierce resolution to embrace the -ise spellings overall, and to leave -ize to that transatlantic upstart with the inferior version of the language.

And that is how we got to where we are today: with realize being by far the favored form in American and Canadian writing, and realise being mostly the favored form in British and Australasian English. And all of us being forced to realize that English can be so very complicated.