Choosing which one to use can be nerve-racking

Quick question: do you "rack your brain" or do you "wrack your brain"? Or is your brain sufficiently wrecked by this point that you do not distinguish between them at all? There is no simple and easy answer to which word you should use in this setting, but we may provide you with some form of guidance. 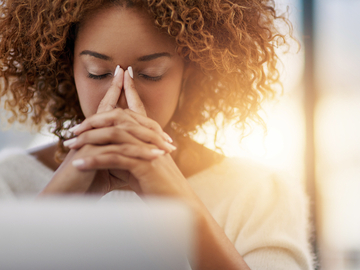 Though 'rack' and 'wrack' come from different sources, treating them as variants of the same word may be the most sensible approach.

Rack and wrack are often confused, and there are some ways in which one may easily distinguish between the two words. When employing one of them as a noun you are almost certainly looking for rack. You hang your clothes on a rack, eat a rack of lamb, and, if you are a medieval torture enthusiast, attach someone to a rack to be stretched until bones are broken or joints dislocated. You should use the noun wrack for those happy moments in your life when you need to refer to a wrecked ship or some form of marine vegetation.

Origins of Rack vs Wrack

So why the confusion? Well, the verb forms of these two words are often muddled, and here there is no easy way of distinguishing between them. The two words did come from different sources—rack is thought to be from the Middle Dutch word recken, meaning “to stretch,” and wrack comes from the Middle English word for a shipwreck, wrak—and do retain different meanings. However, wrack has so often been used as a variant spelling of rack, especially when used in the phrases “(w)rack one’s brain” and “(w)racked with pain,” that many dictionaries now list it as a variant.

I racked my brain and summoned up all the faces that I could remember, but nowhere could I locate this man with the red hat.
—L. Black & R. Lynd, Horlick’s Magazine, 1904

Some guides have expressed the opinion that since the verb rack comes from an instrument that stretches people (not in a fun way), this word should be used in settings which are related to strain, torture, and stress. And since wrack comes from a background of nautical destruction, this word should be used to indicate either wreckage (storm-wracked) or destruction (wrack and ruin). One problem with this is that oftentimes we find that not only will ordinary users of the language vary in terms of which variant they use, but usage guides will offer contradictory advice on these matters.

The two works below were published just over a decade apart from each other, and have markedly different opinions on what is considered to be the correct spelling for (w)rack and ruin.

Most Edited English will prefer ... wrack and ruin, storm-wracked, and pain-wracked, but other Standard written evidence, including some Edited English, will use the variant spelling for each.
—Kenneth George Wilson, The Columbia Guide to Standard American English, 1993

The spelling 'rack' is now used in all senses except for the seaweed called wrack. So it's "rack and ruin," … "racking my brains," and so on.
—Ned Halley, The Wordsworth Dictionary of Modern English, 2005

Some other usage guides provide a way of dealing with this question that has a certain brutal charm: just stop using the word wrack. This is the method that is advocated by The New York Times Manual of Style and Usage, which points out that wrack is archaic, and then informs the reader that they should simply “substitute a modern synonym.”

However, as is so often the case, we find that the advice most worth repeating is that found in the Merriam-Webster Dictionary of English Usage:

Probably the most sensible attitude would be to ignore the etymologies of rack and wrack (which, of course, is exactly what most people do) and regard them simply as spelling variants of one word. If you choose to toe the line drawn by the commentators, however, you will want to write nerve-racking, rack one’s brains, storm-wracked, and for good measure wrack and ruin. Then you will have nothing to worry about being criticized for—except, of course, for using too many clichés.