Distilling the Essence of 'Quintessence'

The quintessence of a thing is generally defined as its purest or most typical example. You are likely to encounter the word in examples like these:

The quartet's iconic name, ironic lyrics and noise-guitar experiments were the quintessence of so-called postpunk rock: in other words, they weren't a punk band, but they were influenced by punk's irreverent, antimusical attitude (extolling noise and volume over melody and tidy arrangements).
— Greg Kot, The Chicago Tribune, 22 Oct. 1999

An emergency department after a mass casualty incident is the quintessence of the Mike Tyson rule: Everyone has a plan until they get punched in the mouth.
— Jeremy Samuel Faust, Slate, 2 Oct. 2017 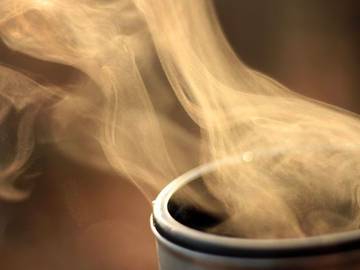 In medieval philosophy, the known world was made up of four elements—earth, air, water, and fire. The 'aether' was number five.

It's easy to see the essence in quintessence, and if you know a thing or five about roots, you might notice something familiar about the quint- at the front of the word. The Latin quinta, meaning "fifth," is the feminine form of quintus, the same root found in quintuplet.

In classical and medieval philosophy, the known world was made up of four distinct elements—those being earth, air, water, and fire. The fifth element refers to what was known as the aether, a special unknown substance that permeated the celestial sphere and was purer than any of the four terrestrial elements. The notion of a fifth element was broached by Plato and later written about by Aristotle, but neither philosopher used the term. One distinction that characterized the aether in Aristotle's description was that it moved in a circular motion, while the four terrestrial elements moved linearly.

The aether came to be described as the pemptē ousia ("fifth element") in Greek, even though in Aristotle's writings it was usually mentioned as superior in order and significance to the other four. The phrase translated in Medieval Latin as quinta essentia and found its English spelling on a path through Middle French.

In Book III of John Milton's Paradise Lost, the archangel Uriel gives mention to the elements in his description of the Creation to Satan:

Swift to their several quarters hasted then

And this ethereal quintessence of Heaven

That rolled orbicular, and turned to stars.

Apart from its dynamic motion, one characteristic that set the aether apart from the four terrestrial elements was that it was thought to be pure. Alchemists later sought to extract what was then known as the quintessence from earthy substances in the hope of isolating an otherworldly cure for mankind's ills. By the 15th century, quintessence came to refer to the purest form of any substance, and soon afterward followed its current meaning, the essence that characterizes a thing.