Putting the Eff in 'Ineffable'

There are no words.

The word ineffable is defined in the dictionary as “incapable of being expressed in words” or “unspeakable.” It also describes something literally too taboo to be uttered, as in “the ineffable name of Jehovah.” 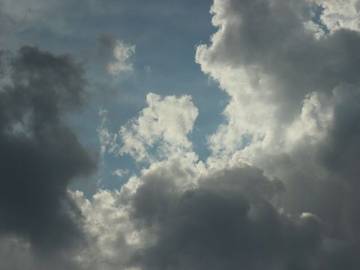 Can something just be 'effable'?

When Rose auditioned for the part, the producers noted her passion but also saw that she had that ineffable quality they were looking for. “As cliché as it sounds, [she had] the X-factor,” says Batwoman executive producer Caroline Dries, who had input on the character’s scenes in the crossover.
— Chancellor Agard, Entertainment Weekly, 15 Nov. 2018

Here we get not just one great story but six, each told masterfully. It’s the kind of movie that leaves you feeling something ineffable, that makes you think about it for weeks, its grim positions only fully realized with time.
— Tony Libera, City Pages, 14 Nov. 2018

In Douglas Adams’ novel Dirk Gently's Holistic Detective Agency (1987), the title character says, “Let us think the unthinkable, let us do the undoable, let us prepare to grapple with the ineffable itself, and see if we may not eff it after all.”

Adams’ quote sometimes generates a snicker as readers wonder what eff exactly means here. Where does it come from? Is it possible for something to be effable?

Occurring less frequently than ineffable, effable means ‘capable of being uttered or expressed” and derives from the Latin effari (“to speak out”), formed from ex- and fari (“to speak or say”). You’ll find relatives of effable in the noun fable and the adjective affable (describing one who is pleasant to talk to).

When effable is used, it’s often meant as a contrasting word to ineffable:

The theoretical goal of an podcast like Caliphate, then, is to challenge those narratives by making the unknown slightly more known, the ineffable slightly more effable.
— Nicholas Quah, Vulture, 25 June 2018

And that’s all we can say about ineffable. The rest is too marvelous for words.