Words come about in a number of ways, but probably none is so creative as the means referred to as rhyming slang. What usually happens in rhyming slang is that a phrase is used as slang for a word that rhymes with one part of the phrase. So loaf of bread may be used to mean head. But what often happens is that the phrase is then shortened to one word—and not the one that rhymes—and you're left with a slang synonym that has no obvious relationship to the main word, and now loaf means head. 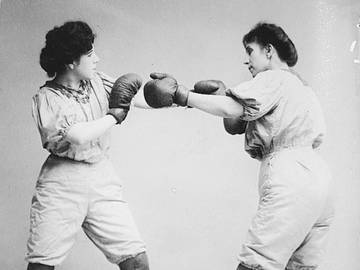 In rhyming slang, a phrase is used as a euphemism for a word that rhymes with one part of the phrase—for example, 'fork' and 'Duke of York'. But this only makes sense if you know that 'fork' was already slang for "hand or fist."

And then there's the somewhat rude sound that kids—and others—like to make with their tongue sticking out. You know, the one called a raspberry. Why is it called that? Well, "raspberry" in this case is short for "raspberry tart." You can guess the rest.