Is It 'Purposely' or 'Purposefully'?

Is 'purposely' a real word?

Purposely means "on purpose" or "not by accident," while purposefully means "indicating the existence of a purpose." Although very similar, in context "purposefully" is usually used to indicate a greater level of intent or deliberate aim, as opposed to "purposely."

Though the first presidential debate seems like a distant memory at this point, there was one word during the course of the debate that threw a bunch of dictionary users for a loop. Not, not bigly or braggadocious. It was something that was a little more opaque:

During the next debate I am going to sit here and say "____ is not a word" every time @realDonaldTrump says something like purposely...

Digging deeper, it appears that many people felt that Trump should have used purposefully instead, since purposely isn't really a word. Except, like bigly and braggadocious, purposely is a word—and a very common one at that. 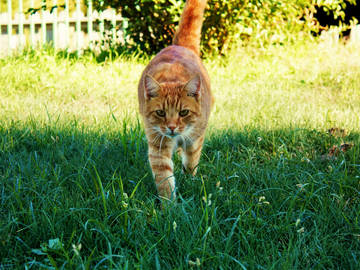 'Purposely' means "on purpose"; 'purposefully' means "indicating the existence of a purpose."

Meaning of Purposefully and Purposely

Purposely came into English in the late 1400s or early 1500s, right in the middle of an -ly-adverb boom in English. Its earliest and current meaning is "on purpose, intentionally":

It is ordyned...that no man take any Eyre[r], Gossehauke [etc.] nor purposly drive them oute of their covertes.
— Acts of Parliament, 1495

In the second game Jeanette starts burying balls off two and three cushions. Even when she purposely misses, she leaves him blocked in like it's 5 p.m. on an L.A. freeway.
— Rick Reilly, Sports Illustrated, 4 July 2005

These two uses are typical, and not rare: purposely has had far more use, historically, than purposefully has (and it still has slightly more use in printed English prose).

Purposefully, on the other hand, is a relative newcomer. Our earliest evidence for the word currently comes from the mid-1800s, with the meaning "indicating the existence of a purpose or object," or "not meaningless or aimless," as in "We were purposefully taken to inspect them" (Elizabeth Grant, Memoirs of a Highland Lady, 1854).

So if purposely is actually more common than purposefully, why did so many people think Trump was making up yet another word? Likely because the context of his comment seemed to imply something that the word purposely wasn't communicating: determined intention.

The two words have the same root—purpose—but slightly different meanings. When used in prose, purposefully seems to connote a determination or intentionality that purposely does not—to do something purposefully is to do it guided by a deliberate aim:

"I Knew You Were Trouble" audaciously moves into dubstep territory, boasting heavy bass in some parts and vocals that have been purposefully heavily autotuned to sound mechanized.
— The Johns Hopkins News-Letter, 25 Oct. 2012

In common use, purposely seems to lack that level of determination:

She wore a long knit dress that looked purposely homespun and showed off her growing baby bump, with her hair swept behind her in a curling bun.
— Janelle Brown, This Is Where We Live, 2010