What Does It Mean to 'Pull Out All the Stops'?

We hold back nothing in this article.

To pull out all the stops means to make every possible effort or use all available resources to achieve an end. 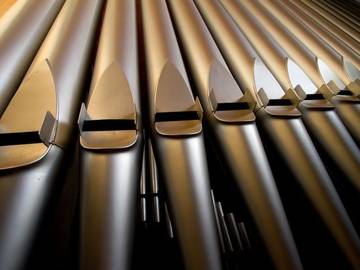 The "stops" in question were originally the physical stop knobs of a pipe organ.

[Travis] Scott pulled out all the stops at the concert’s end. A giant golden inflatable of his head emerged on the satellite stage, and the set concluded with “Goosebumps” and “Sicko Mode,” two of Scott’s biggest hits.
— Jeff Niesel, Cleveland Scene, 5 Dec. 2018

Republicans pulled out all the stops to ensure that the seat in the ruby red state didn’t fall into Democratic hands, including two rallies from President Donald Trump on Monday to help seal the deal.
— Zach Montellaro, Politico, 28 Nov. 2018

Els is pulling out all the stops to make sure the International team, of which he is captain, hoists the real Presidents Cup next December when the tournament is held for the third time at Royal Melbourne.
— Associated Press, 26 Nov. 2018

The “stops” in this instance originally refer to the stop knobs on a pipe organ, which are used to regulate the instrument’s sound by selecting which sets of pipes are active at a given time. Each pipe plays a note, and the organ’s pipes are arranged in sets (called ranks) according to type and quality of sound. An organ might have ten ranks, or it might have 100 ranks; in most cases, each rank will have a pipe for each note of the keyboard. (Some ranks have pipes that correspond to the organ's pedals).

To pull out all the stops literally, then, is to pull out every knob so that air is allowed to blast through every rank as the organist plays, which creates a powerful blast of unfiltered sound.

Bach was famous in his time not just as a great organist, but also as a great organ tester, and whenever he tried a new organ his practice was to start off by playing with all the stops pulled out, that is, with every rank of pipes on-line at once.
— Miles Hoffman, The NPR Classical Music Companion, 1997

The pipe organ is thought to have been invented in the 3rd century B.C. (with many writers attributing it to an engineer named Ctesibius of Alexandria), but stops were not incorporated into the design of pipe organs until the late 15th century. It was shortly afterward that stop appeared in English in the sense of a note or key before its specific application to the organ control.

The British poet and critic Matthew Arnold is believed to be the first to use some form of pull out the stops with a figurative application, comparing the potential of his countryman to a “narrow-toned” organ on which one is performing:

Proud as I am of my connection with the University of Oxford, I can truly say, that knowing how unpopular a task one is undertaking when one tries to pull out a few more stops in that powerful but at present somewhat narrow-toned organ, the modern Englishman, I have always sought to stand by myself, and to compromise others as little as possible.
— Matthew Arnold, Essays in Criticism, 1865

The phrase has numerous variant forms, including open (up) all the stops and the adjectival phrase all stops out:

The new gondola at LionsHead has opened up some wide, finely groomed trails for intermediates and for experts who want to open up all the stops.
— Ski, August 1971

Made up of three one-act farces, the evening, after a slow start with the first, warms up with the second and ends with an all-stops-out, grandstand finish with the third.
— Clive Barnes, New York Times, 15 Feb. 1968

Now that we've let you know all that, we're going to put the stops back where they were. (Dictionaries are quiet places, after all.)